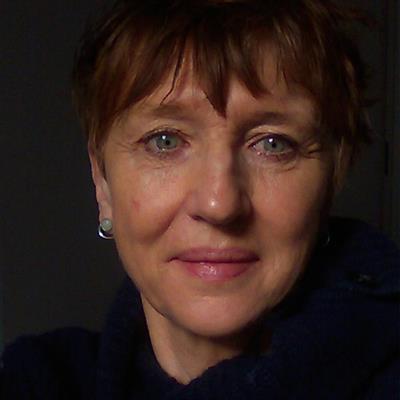 Susan studied BA Hons Sculpture at Saint Martins School of Art (now Central Saint Martins). She was a Rome Scholar at the British School at Rome in 1996 and was shortlisted for the European Photography Prize in 1998. She was appointed AHRB Research Fellow in Creative and Performing Arts in 2000 and has received grants from the Arts Council England, AHRC, British Council, Henry Moore Fellowship and number of commissioning bodies. Her work has been exhibited since the early 1980s both in the UK and internationally including Biennales in France, Israel, Greece and Estonia and published in academic journals.

Susan currently supervises and examines PhD students at UAL, and as co-convenor with Steven Ball of the research group 'sensingsite' at Central Saint Martin has organised a number of research events and seminars (see https://www.sensingsite.blogspot.co.uk). Susan also works on the MA Fine Art at CSM, bridging two levels of postgraduate study.

My early training in sculpture and photography has developed into a practice exploring the production of landscape, place and site through lens based practices, sound and text. I have worked with issues of visuality, practice of space and theories of temporality in contexts of lived places, architectural sites and landscapes both urban and rural to produce mixed media installations and performative events. More recently, alongside lens based and sound works, I have published essays which explore the writing process as both a constitutive part of my research and an element of the practice which asks the question, ‘what makes an ‘image’ possible’?

This question is addressed through an understanding of the technologies of making as part of an embodied and processual practice. Current research returns to questions of materiality and temporality in the context of the Anthropocene.