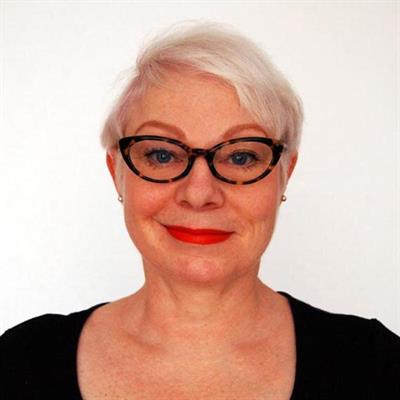 Sara Davidmann is an artist/photographer. Since 1999 she has taken photographs in collaboration with people from UK trans* and queer communities. In 2007 Davidmann completed an AHRC-funded practice-based PhD in photography and transgender identities at LCC. On completion of the PhD, she was awarded a three-year AHRC Fellowship in the Creative and Performing Arts, LCC 2007 – 2010. Davidmann’s photography has been exhibited internationally including Paris Photo, Basel Art Fair, The Schwules Museum, Berlin, ‘Somatechnics’ Sydney, ‘Transfabulous’ London. Publications include Beyond Borders 2010; Border Trouble, SCAN 2006; trans agenda, Source 2004 and Crossing the Line (a monograph) 2003.

Davidmann is a recipient of the 2015 Philip Leverhulme Prize in Visual and Performing Arts and has received numerous awards for her work, most notably four Arts and Humanities Research Council awards, a Fulbright Hays scholarship, an Association of Commonwealth Universities Fellowship and a Wellcome Trust Small Grant.

She regularly gives international conference papers and presentations on her photography.

Since 1999, Sara Davidmann has taken photographs and recorded oral histories in collaboration with people from UK transgender/queer communities. The photographs record a dynamic period of time in the changing history of gender, sex, and sexuality. By presenting the personal stories of a largely hidden and marginalised social group, this research offers an important counteraction to mass media stereotypes that mostly misrepresent transgender people.

Much of Davidmann’s research has been carried out in collaboration with people who self-identify beyond the polarised categories of female or male. Davidmann’s doctoral thesis (2007) explored the lived experiences of four people through methods of collaborative photography and interview in dialogue with theoretical approaches.

This was followed by the project Beyond Female and Male: The Experience of Photography and the Self-Visualisation of Transsexual People (AHRC Fellowship 2007 – 2010). This examined transsexual visibility/invisibility and private/public gender expressions. It captured participants’ experiences in the contrasting spaces of the street, where only the female/male genders are recognised, and in a photographic studio away from the visual regimes of the street or the identity space of the home.

Since 2010 Davidmann’s research has explored transgender people’s relationships with others, including partners, parenting and families.