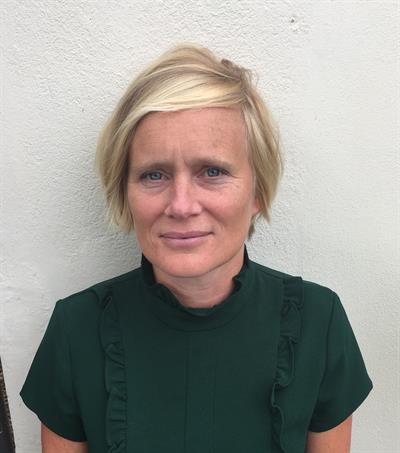 Melanie is an architect and academic, previously holding leadership positions at London Metropolitan University, and RMIT University in Melbourne. She has been an ongoing collaborator with muf architecture/art since 1997, and was a contributory author to the practice publication ‘This is What We Do: A Muf Manual:’ (Ellipsis 2002).

She regularly sits on expert design review, examiner panels, international juries and awards including the GAGA Awards (2013), Korean University of the Arts External Examiner, and the Australian National Architecture Awards (2011). She is currently an External Examiner for GSA, University of Johannesburg, and for Queens University Belfast. She has curated major events and exhibitions, including the international Exhibition Architectural Urbanism: Melbourne Seoul: Seoul Melbourne, in the K-ARTS Gallery, Seoul (2013/14) and 2010 RAIA National Architecture Conference in Sydney). She is an Adjunct and Visiting Professor for MADA, Monash University, Melbourne.

Melanie’s teaching, practice and research interests focus on the relationships between social and political infrastructures, and built environments. She explores this through socially engaged practices in the city and has been responsible for innovative projects in the public realm in both London and Melbourne, working on social policy and initiatives for public space including Shared Ground for Southwark Council (1999-2001) and Do-It-Yourself Park for Mornington Council, Melbourne (2008). Her PhD by Practice (RMIT 2011) explored alternate and expanded roles for architectural practitioners, exploring the gap between the lived and the built. Her pedagogical practice focuses on the 'joined-up' relationship between teaching and practice explored in her book Live Projects: Designing with People (RMIT Press, 2012). She believes we need to engage with the constraints and conditions of the real world, and grapple creatively with the world around us by making real partnerships and undertaking live projects with community and industry.

Melanie is the Editor of the Forthcoming (October 2019) Publication: 'Spatial Practices: Modes of Action and Engagement with the City' . The book explores ‘spatial practices’, a loose and expandable set of approaches that embrace the political and the activist, the performative and the curatorial, the architectural and the urban. The 24 chapters contain essays, visual essays and interviews, featuring contributions from an international set of experimental practitioners including Jeanne van Heeswijk (Netherlands), Teddy Cruz (Estudio Teddy Cruz + Fonna Forman, San Diego), Hector (USA), The Decorators (London), OOZE (Netherlands), muf (London), raumlabor (Berlin), The Architecture Lobby (NY) and Jeremy Till.