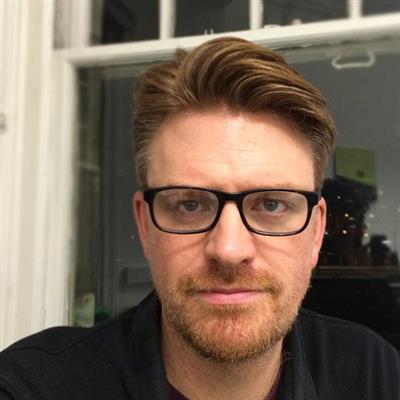 Martin Newth is an artist and Programme Director of Fine Art at Chelsea College of Arts. He studied at Newcastle University and the Slade School of Art. Primarily using photography, but also through video and installation, Martin Newth explores and emphasises the processes and apparatus by which works are made and the material properties of photography.

Recent group exhibitions include: In Place of Architecture at the Bonington Gallery, Nottingham; Parallax, at ASP Katowice, Poland; Troubled Waters at The Kuandu Museum of Fine Arts, Taipei; Scope: New Photographic Practices at The Visual Arts Centre Gallery, Tsinghua University, Beijing and The Imagination of Children at the V&A Museum of Childhood; and Menschen und Orte at The Kunstverein Konstanz, Germany.

In addition to his photographic practice Martin has also organised and curated a number of exhibitions and projects. Most recently these have involved collaboration with Fergus Heron that include the forthcoming exhibition Country at the MAC Gallery in Birmingham, Scene at Pitzghanger Manor Gallery, London in 2014 and Capital at George and Jørgen, London in 2012.


Martin Newth researches the materiality of the production of photographic images. Traces of the deliberately hands-on processes are seared through the production of the works into the final photographic objects. The research tracks the historical roots of the photographic process in order to raise questions about the medium’s current state as a referent of reality now that photography is firmly positioned in the digital.

Much recent research has explored the materiality of the photographic process. Newth’s research harnesses the potential of the image and the process by which it is made to explore photography’s particular relationship to the world. The research concentrates as much on the nature of the photographic apparatus as the theatricality of the process of making photographs as it does the nature of the image. These three elements are brought together in experimental works that invite the viewer to slow down her consumption of photographs and uncover the multiple layers (physically as well as conceptually) that make up its production.

Martin Newth’s curatorial projects have often involved collaborations that seek to position current photographic practice relative to other modes of art production. Recent projects have explored the relationship between urban and rural landscape, the role of capital or national identity and how art may explore these intersecting ideas. Relating closely to his own practice, current curatorial projects explore the apparatus by which images are made and viewed asking whether the subject, currently the landscape, might be part of the apparatus.

Alongside his art practice and research, Martin is also engaged in pedagogic research relating to curriculum development in his role as Programme Director of Fine Art. Research explores the way studio space might be used most appropriately within art schools at a time when many might describe art production as being post-studio. The role and impact of assessment in fine art education is also a focus for research and has included the implementation of a pass/fail unit on the BA course at Chelsea. This was recently presented at the Paradox European Fine Art conference in Poznan.