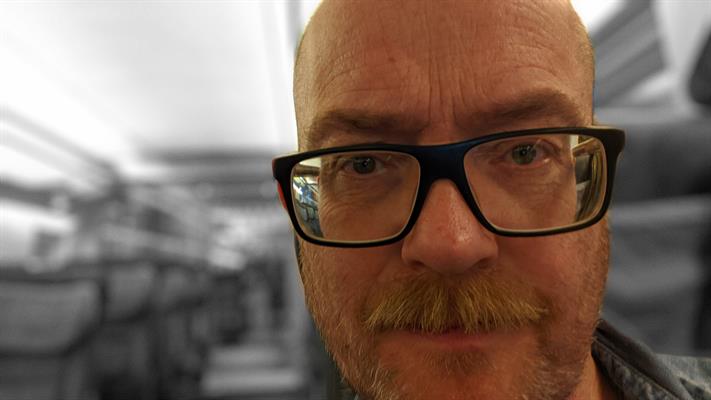 I am Reader in Philosophy, Design and Innovation at University of the Arts London and Programme Research Director at Central Saint Martins. I am also a Visiting Professor in the Design Department of Anhalt University of Applied Sciences (Dessau, Germany) and a Fellow of the Higher Education Academy; as well as also a member of the British Academy of Management. Until February 2019, I led the MA Innovation Management at CSM, a course I started in 2008.

I was awarded a PhD in Philosophy from The University of Warwick (1993), producing a thesis on Deleuze and Guattari, Kant and Bachelard, called 'Cartographies of Subjectification', which was supervised by Dr Nick Land. I have been publishing philosophical work since 1991 and speaking nationally and& internationally at conferences since 1989, chairing ‘Out of Control’, the 8th International Conference on Design and Emotion in 2012. 'Deleuze and Design' (Edinburgh University Press) was a collection I co-edited with Betti Marenko and published in June 2015 as part of the ‘Deleuze Connections’ series. My work for this volume dealt with philosophy, design, innovation and complexity biology. Other recent journal articles and book chapters focus on technology, style, fashion, scenario planning, superheroes, anticipation, photography and speculative machines.

I have also consulted for a number of commercial, public and voluntary sector organisations and I'm currently Principal Consultant for Studio INTO, as well as co-founder of futures agency The Swerve.

I have recently co-written with John O’Reilly a chapter for a collection of essays called 'Advancements in the Philosophy of Design' (Springer, 2018) on the work of Roman poet, philosopher and physicist Lucretius, titled ‘Collisions, Design and The Swerve’, and a journal article on anticipation and the contemporary for the French journal Prospective et Stratégie. We are working together editing and writing for a volume titled 'Anticipation, Creativity and Design' for the new 'Routledge Research in Anticipation and the Future' series. For this collection, my chapter will look again at Lucretius, Michel Serres and the value of Love in future creativity. We have presented on these subjects at the two recent international conferences on Anticipation (2017, 2019).

With my colleague and world-authority on superhero culture, Richard Reynolds, we wrote a chapter on Killgrave and Foucault's concept of biopower for a collection on comics and violence, which was published in 2019. Currently, we are working together editing and writing for a volume called 'Superheroes and Excess' for 'Routledge Advances in Comics Series'. My work for this book will be on Legion, fugue and multiple ontologies.