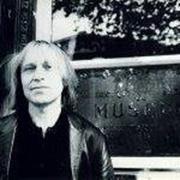 James Putnam is an independent curator and writer. He studied Art History at University College London. He founded and was curator of the British Museum’s Contemporary Arts and Cultures Programme from 1999 to 2003. His book Art and Artifact – The Museum as Medium (Thames & Hudson in 2000/10) surveys the interaction between contemporary artists and the museum.

He has curated an ongoing series of critically acclaimed projects with contemporary artists at the Freud Museum, London that have included Sophie Calle, Sarah Lucas, Tim Noble and Sue Webster and Mat Collishaw. He was appointed curator of Arte ‘all Arte 9, in Tuscany in 2005 and was on the curatorial committee for the 2006 Echigo Tsumari Triennial, Japan and was a curator for the Busan Biennale, S.Korea (2010).

Putnam curated Distortion and Library as Collateral exhibitions of the 53rd Knowledge exhibition for the 54th White Heat; he also curated Gavin Turk's Vanacular for this years 55th Venice Biennale (2013) From 2003-2004 he was Visiting Scholar in Museum Studies at New York University.


My research is focused on the museum as an ‘art form’ – looking at ways in which artists have been inspired by the museum’s visual language of vitrines and interpretive labels. Also examining projects where museums have invited artists to curate and make 'interventions’ in their collections.

I am also researching into the ever blurring boundaries between visual art, craft, fashion, film, theatre, music and dance. For the last few years, I have also been working on an exhibition on age and the ageing process. I curated an exhibition that will cover the themes of perception, hallucinations and mental health entitled Out of Our Heads which opened at Shoreditch Town Hall in April 2014.