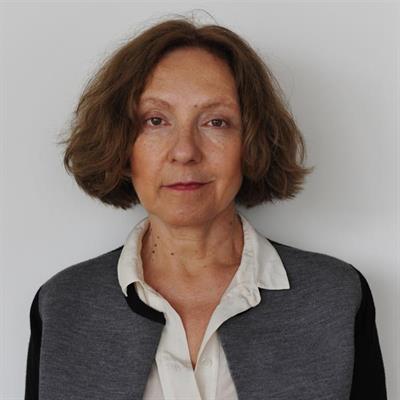 Djurdja Bartlett is Reader in Histories and Cultures of Fashion at the London College of Fashion, University of the Arts London. She has widely published and lectured on the theme of fashion during socialism and post-socialism. Bartlett is author of FashionEast: The Spectre that Haunted Socialism (Cambridge, Mass.: MIT Press, 2010), editor of the volume on East Europe, Russia and the Caucasus in the Berg Encyclopedia of World Dress and Fashion (Berg/Oxford University Press, 2010), as well as co-editor of Fashion Media: Past and Present (London and New York: Bloomsbury Academic, 2013), and editor of Fashion and Politics (London and New Haven: Yale University Press, 2019) .

Bartlett was Coordinator of the Fashion Media and Imagery Research Hub at the London College of Fashion (2009-2017), in which capacity she co-organized a conference – Fashion Media: Yesterday Today Tomorrow (October 2010), published as an edited book, Fashion Media: Past and Present, Bartlett, D., Cole, S. and Rocamora, A. (eds.), Bloomsbury Academic, 2013.

From 2017 on, Bartlett has been coordinator of Transnational Fashion Hub at LCF, in which capacity she organized an international conference on Fashion and Politics (LCF July 2017), expanded and published as: Bartlett, Djurdja (ed) Fashion and Politics, Yale University Press, 2019.

Bartlett's current research is about the relationship between East Central European, Russian, and Western fashion throughout the 20th and 21st century up to today.

By identifying the most important modes of dress-related exchanges, as well as their actors, within wider cultural and artistic cultures, Bartlett’s research has cross-cultural and transnational focus, and aims to contribute to global fashion history.

Bartlett is also engaged in research on transnational fashion in the global context, closely related to her role of coordinator of Transnational Fashion Hub. Her research interests also encompass fashion media within the wider field of the rise and impact of new technologies on the mediation of fashion.