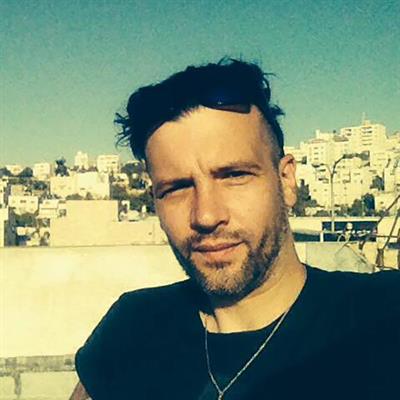 Brad Butler is an interdisciplinary artist filmmaker with over 20 years experience in in Artists film, Expanded cinema, Visual Anthropology, Analogue film, Socially engaged practice and Political film (Militant cinema, Documentary & Fiction). He is a Senior Lecturer in the Film department at LCC where he supervises Practice Based PhD’s.

Current work:
In his own practice Brad is currently making feature films as exhibitions exemplified in his most recent work: The Scar about State enforced disappearance. The exhibition launched at HOME in Manchester followed by Delfina in London (2018). The feature film launched in Autumn 2019 at the London Film Festival.

Exhibitions and video works:
Between 2008 and 2016 Brad Butler’s art practice was framed as a fictional institution. This ‘Museum of Non Participation’ sought to confront (non) participation as a neoliberal condition and a threshold— between forms of resistance and forces of oppression. As part of the Museum of non Participation, Butler and his long term collaborator Noor Afshan Mirza made multiple works that they called ‘Acts’ including Deep State (2012) - a science fiction-inflected protest "training film”, Hold Your Ground (2011) a video conceived as a form of protest in Canary Wharf Tube Station and the installation The Unreliable Narrator (2014) on political intimacy, terrorism and the condition of permanent emergency.

Socially Engaged Practice:
Launched with Artangel Interaction, The Museum of non Participation situated itself as a museum without walls, inspired by its founders experiences moving between their home in Bethnal Green and the city of Karachi in Pakistan from 2007-2009. The resulting ‘socially engaged practice’ from 2007-2016 included interventions, newspapers, wall chalking, reading groups, language exchange, performance lectures, audioworks, walks, political theatre, and Speech Acts. The Museum launched in London in a space behind a barbers shop on Bethnal Green Road where Butler and Mirza hosted a space for language exchange between Urdu and English Speakers. A newspaper collecting a multitude voices on this project was published as a supplement in collaboration with one of Pakistan's largest media grouos: the Daily Jang. The Museum culminated in 2016 in a solo exhibition at the Sydney Biennale.: ‘The Embassy of non Participation.

Expanded Cinema and Analogue Film:
Prior to 2008 works by Brad Butler included structural films and expanded cinema works including: Non Places (1999), Where a straight line meets a curve (2003) and the Space Between (2005). From 1998-2018 Brad was a co-director of the artist film lab no.w.here through which he ran hundreds of workshops and film screenings. no.w.here re-invigorated the analogue film equipment formerly from London Filmmakers Co-operative and The Lux Centre re-establishing and making available 16mm and super 8 equipment, training, processing and film techniques in a building in Bethnal Green. Longer term research projects supported the space including The Free Cinema School and Implicated Theatre created with the Serpentine Galleries Center for Possible Studies, Experimenta Indian Film Festival in Mumbai, the Cinema of Prayoga at the Tate Modern, the no.w.here summer school, the Measures Lecture Series and the Artist Film Publication: Sequence.

Visual Anthropology:
In 2011 Brad completed his PHD asking: How can structural Film expand the language of experimental ethnography? He received AHRC funding for his studies, and his doctoral film ‘The Exception and the Rule’ launched at the London Film Festival and went on to win first prize at the Chicago Experimental Film Festival. This film is heavily featured in the publication Contemporary Art and Anthropology on new approaches to representational practices within contemporary art and anthropology.

PHD supervision:
Dr Butler's main interest is in supervising practice based Phd candidate's. He is currently supervising 9 students at LCC, and has graduated three students.

Awards and commissions:
Dr Butler and his long term collaborator Noor Afshan Mirza were nominated for the Jarman Award in 2012, The Artes Mundi Award 2015, and they were winners of Artist Film International 2015 and the Paul Hamlyn Award for Visual artists 2015. Their works have been commissioned by Artangel, the Hayward gallery, The Sydney Biennale, Film London, Film and Video Umbrella, the Serpentine Gallery and The Walker Arts Centre.