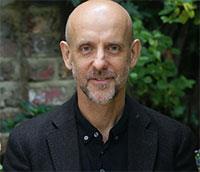 Bill studied Psychology at Oxford before he started training as an actor at the Central School of Speech and Drama. He worked extensively as an actor — credits include the Royal Exchange Manchester, the National Theatre and regular appearances in Chandler & Co and The Choir on BBC1 — before becoming a film and TV director. His first 35mm film, One Night Stand, was nominated for the 1993 BAFTA Best Short Film award and selected for the Cannes Festival in 1994. Subsequently, he directed over 40 television films and episodes of TV drama (see list below). He has been teaching Acting and Directing for Camera on the MA Screen courses at Drama Centre London since 2003 and on the BA Acting and Directing courses since 2011. In addition, he works internationally as a leadership and communications coach.


Almost no research or literature exists concerning the different emotional and practical techniques deployed by actors when they work on stage and on screen. My current research is focused on answering the question: ‘What changes do actors need to make when moving from stage to screen?’

Throughout 2013 I conducted primary research, using semi-structured interviews, with actors who have achieved success on both stage and screen.

The findings were published in the book 'From stage to screen: a theatre actor's guide to working on camera' (Bloomsbury Methuen, 2014) and presented at the Conference for Screen Acting Teachers, September 2014.