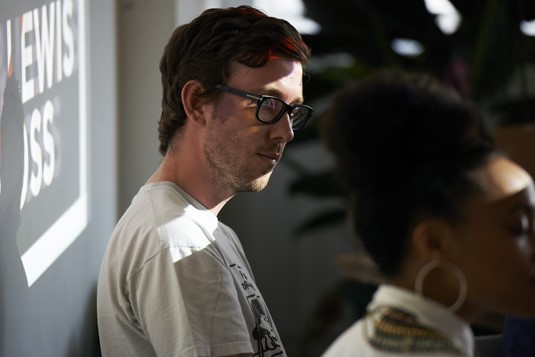 Joel Gethin Lewis is Lecturer, UAL Creative Computing Institute. His research is centred around solar-powered sustainable computing, the history of weaving and global scale augmented reality sculpture. He has previously taught at the Royal College of Art and Central Saint Martins in London.

Before starting his teaching career, Joel worked at UnitedVisualArtists on large scale interactive installations and tours for bands such as Massive Attack and U2. In 2008 he co-founded the design studios YesYesNo and Hellicar&Lewis, both dedicated to open source interaction design work for brands, museums and charities.

He is a mentor for both Year Here and Arts Emergency charities as well as the co-founder of the Interaction Design meet-up, This Happened. He was made Fellow of the Royal Society of the Arts in 2014 for his work making therapeutic interactions for young people on the autistic spectrum.