Fashion Film Festival Milano is an international event where fashion films from all over the world are showcased in order to share different points of view, aesthetic and narrative codes. The festival is an incubator of talents and a platform of unique quality and excellence worldwide. It also attracts some of the biggest names in fashion, film and photography. 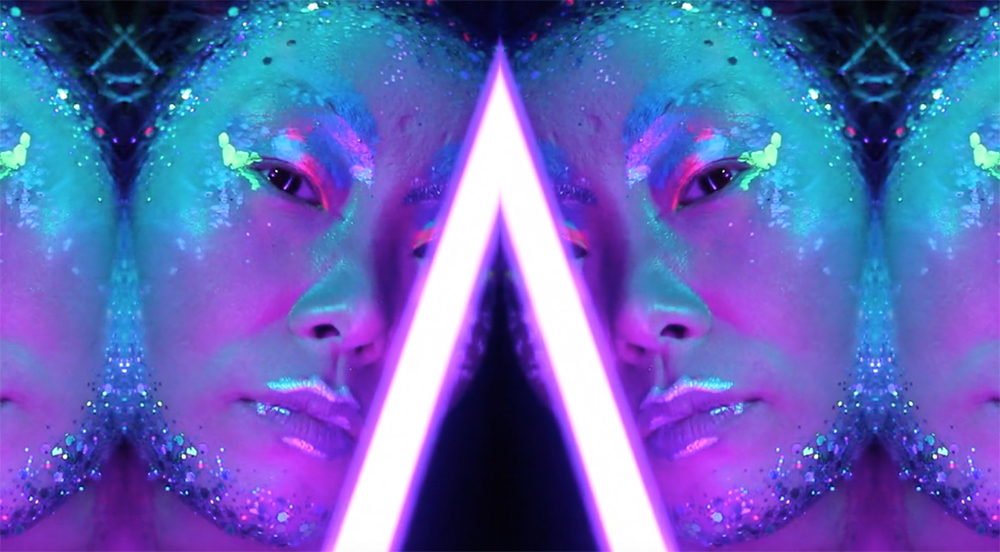 Winners at this year’s awards include Pensacola for RayBan, Director Marie Schuller and fashion houses Valentino and Hermès. It is very rare for a student to have their work shown at the festival, so it was a huge honor for Marie to have her work noticed. She spoke to LCF News following the festival to discuss her film, Quarry Doll & The Color of Magic.

Hi Marie, please tell us a little bit about yourself and where you’re from?

Hello. My name is Marie-Therese Hildenbrandt, I am a filmmaker from Austria who is studying MA Fashion Media Production LCF. Besides working in the film and advertising industry for roughly eight years as an Assistant Director and Production Manager, I did a BA in Theatre, Film and Media Science at the University of Vienna in 2010. I was also on a filmmaking course at the New York Film Academy and studied experimental analogue film under Friedl Kubelka. During my last year I was lucky enough to work on some amazing productions like Spectre 007 and Mission Impossible, as well as on Woman in Gold, which were great but also challenging jobs. I’m currently working on a few commercial film across Europe, while trying to combine it with my creative work in fashion film.

You are studying MA Fashion Media Production, what was it about the course that attracted you?

I have always been interested in fashion and fashion photography and was looking to combine it with my film background. Therefore the MA Fashion Media Production course sounded like a good choice for me. Since the genre of fashion film is still evolving, it seemed like a good opportunity to be involved in the process and also to be able to explore the endless creative options within it. 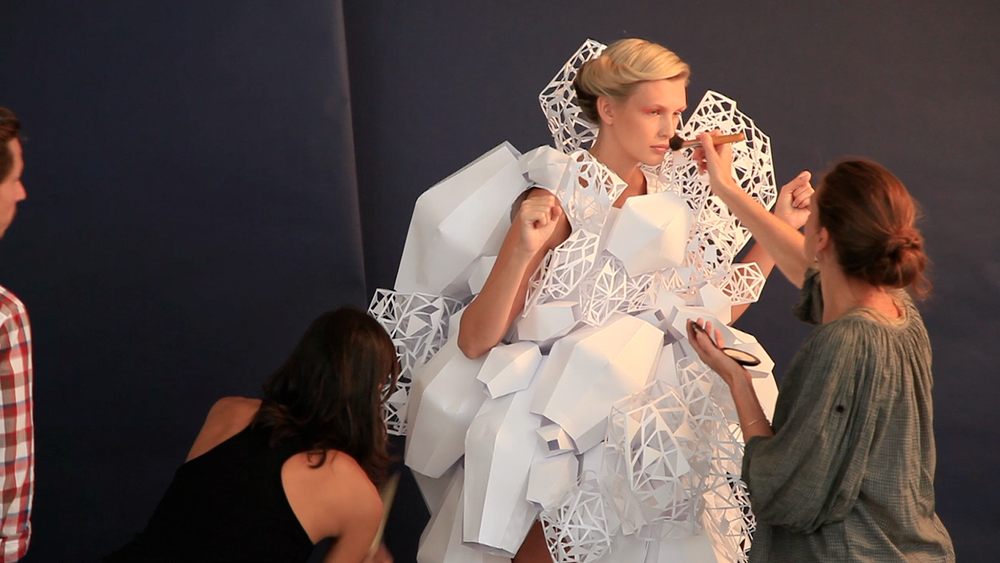 What made you want to study in London?

London has always been one of my favourite cities, I like the morbidity and the creativity that surrounds you here. In London I feel like you are allowed to do whatever you want creatively. The competition is huge, which is frightening sometimes but it gives you the feeling of freedom. When I first visited London, I knew at some point I would end up living here. After completing a short course at CSM, I finally took the initiative to apply for an MA and move to London.

How you finding the course so far?

Honestly, it was quite a challenge for me to adapt to an educational system after working for such a long time and my first term wasn’t great. I had to adapt to working in a self-taught educational environment, and I had to adjust to a more free way of working. I like the freedom you have to experiment in a safe surrounding. Studying in an art school gives you the possibility to make mistakes and learn from them, without anyone judging you for it. You do get judged, but it doesn’t really matter because it’s part of the learning process. This isn’t possible anymore once you’re in a professional work environment. I really enjoy being at UAL even though my MA will be over in two months and I am stressing out a bit because of my final project.

I enjoy the research approach you are taught to get a deeper understanding of your subject matter – I’ll definitely take that away with me. The creative network you build with different people from around the world is another huge advantage of the course. 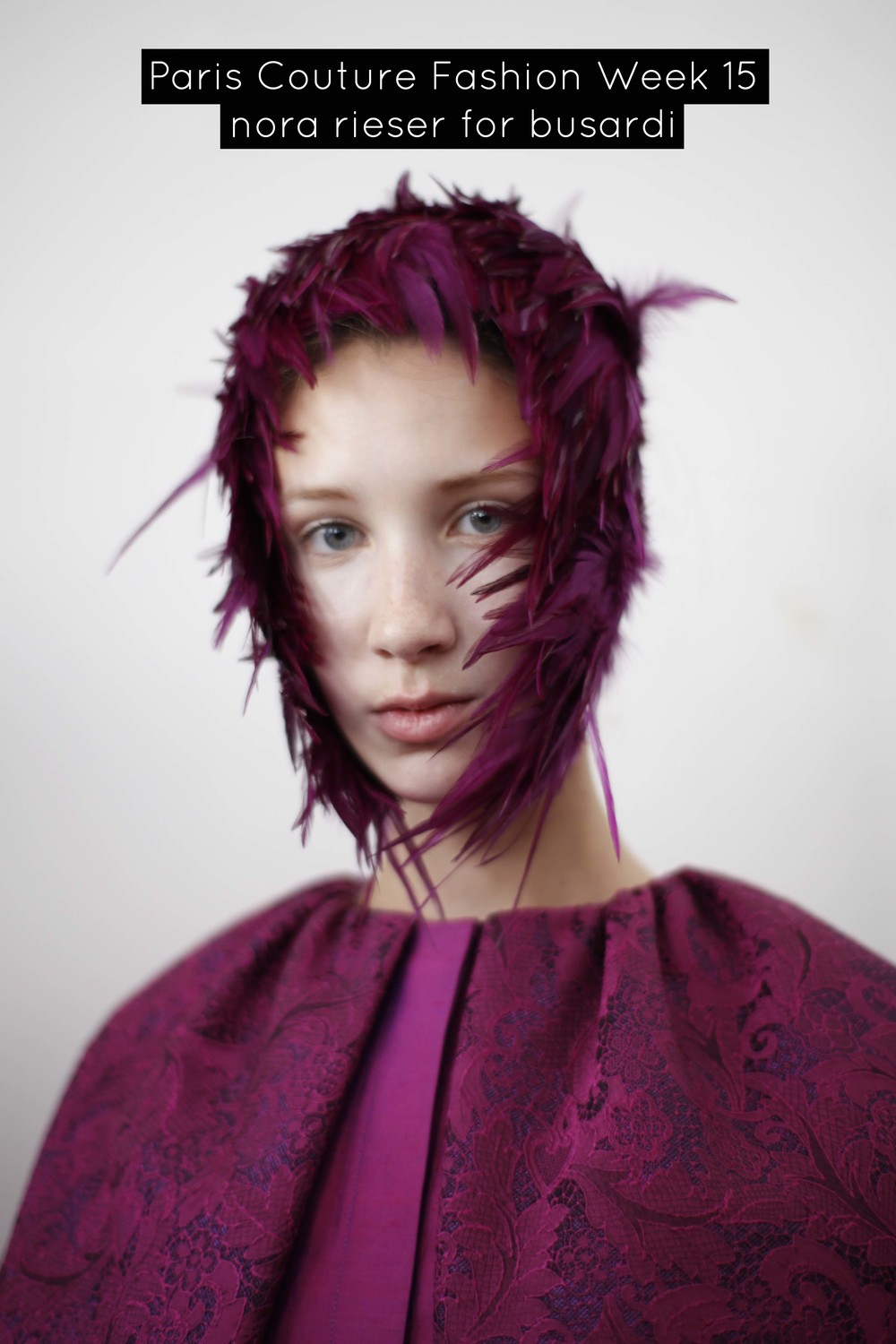 Congratulations on your film being featured at Milan Fashion Film Festival this year, how does it feel having your film shown?

Having a film in the official selection of Milan Fashion Film Festival was a huge honor and I still can’t really believe it. There was so much amazing talent and great films by brands and directors that I have admired for ages, so I am quite excited about having the film shown on there big screen. Personally it showed me that I still need to improve and evolve to get where I want to be, especially after seeing all the other films that where shown.

Can you talk us through Quarry Doll & The Color of Magic, what is film about? Where did the idea come from?

The film was a collaboration between Wolfgang Bohusch, a photographer from Austria, stylist Phoenix-Blu Coyle from London, who runs the brand Human Doll and myself. The film basically ‘happened’ on set, because the original shooting idea wasn’t possible to execute because of rain and a broken light and so on and so on… We had loads of neon lights with us and we used them to recreate an otherworldly film experience to showcase the mysterious concept of the ‘Quarry Dolls’ that Phoenix wanted to tell with her voice over.

The Quarry Doll is a post human cosmetic race, we wanted the film to show it in a mysterious way. We used a mixture of ideas for the film, we spoke about filming in a psychedelic way, referencing Blade Runner and using kaleidoscopic effects. I have also been working on several different projects with mirrors, so the concept of mirroring effects obviously was a big part of the process. 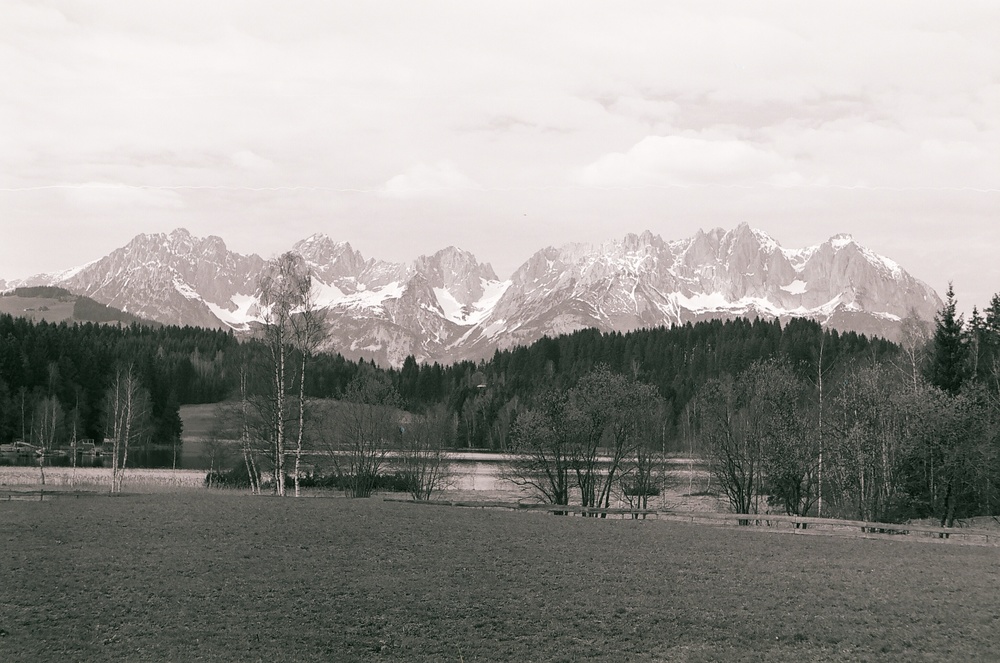 How would you describe your style and production?

Well, one of the goals of the production was to make it look very polished in order to have it shown at festivals, but on the other hand we wanted to keep an experimental feel to it. I can’t really put the film into a genre though, which is what I love about fashion film. You don’t have to be genre specific with fashion, you are very way to work in whatever creative way you desire.

What makes you a photo or subject interesting to you?

What catches my eye the most are photos or subjects that are different to what I may have seen before. Surrealistic or dystopian worlds also fascinate me.

You’ve worked on a mixture of fashion film, commercial and photography projects. Is there an area you prefer?

I am concentrating on fashion films more at the moment and want to get more involved in that field, but obviously commercial film production jobs are paying my rent for now. 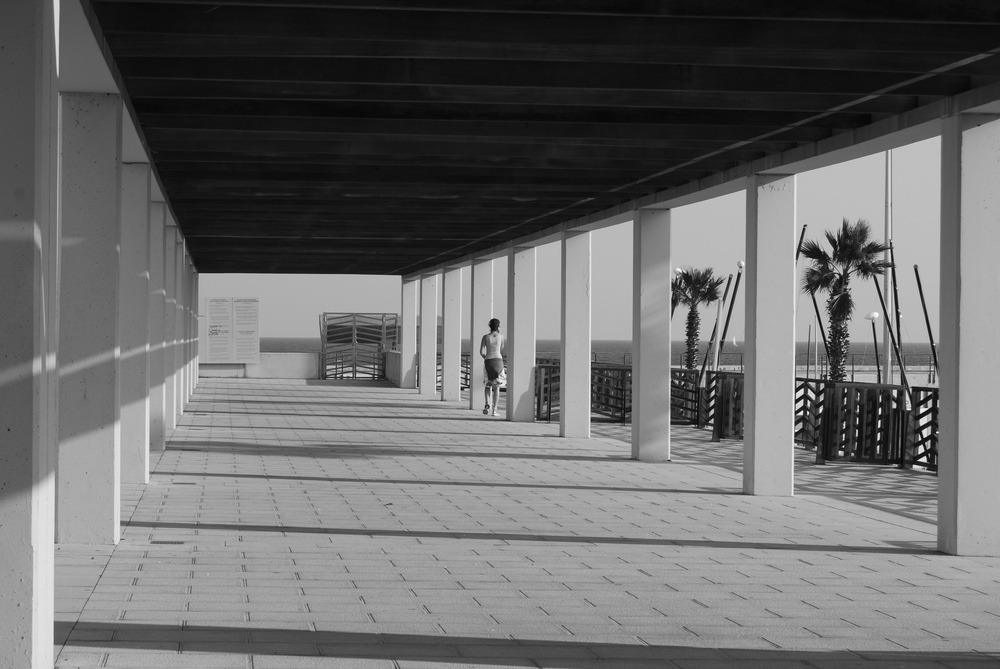 What would you like to be doing after graduation or in two years time?

I’d like to make a living by directing fashion films internationally and make an impact on the genre. Hopefully I can make this happen one day…