Earlier this year BA (Hons) Interaction Design Arts graduate Michel Erler was shortlisted for the Tate IK Prize. The IK Prize is presented annually by Tate for an idea that uses digital technology to innovate the way we discover, explore and enjoy British art in the Tate collection.

We caught up with Michel back in the summer, in the lead up to his exhibition in LCC Degree Shows 2016, to find out more about the project.

What is the project that you entered all about?

The theme of the prize was about artificial intelligence (AI) and how you can combine Tate’s collection of fine art with artificial intelligence. I was proposing was some sort of programme that could learn, or attempt to learn, about how to look at art and interpret art. Obviously that’s very hard for a computer to do because they don’t have any cultural awareness and computers cant see images – they just see pixels.

The way people approach this issue in the industry is called ‘deep learning’ – a process in which humans have an input. It’s the sort of thing you get when you login to an account and you have to say click all the pictures that feature a cat or a mountain – in the process the computer learns.

I was proposing to have a chat-bot in which the software chats with the human user, and then tries to understand what the user is thinking about, how do they feel about an image and again the computer learns from that. It’s a learning chat-bot so to speak. 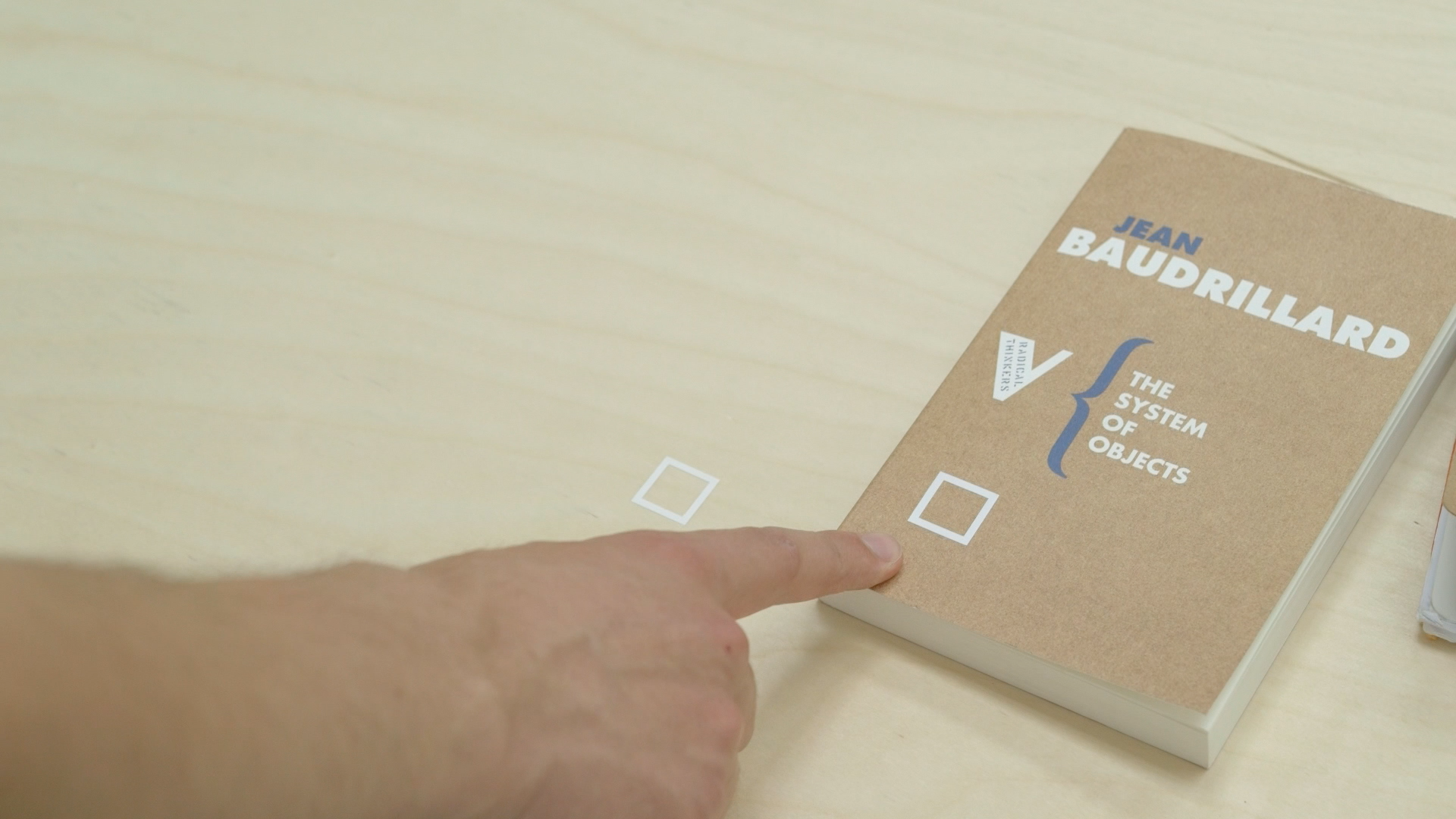 What is the end purpose of that? To make the art more accessible?

Yes – it’s to make the art more accessible, but it’s also triggering a wider conversation around AI. What is AI? What can it do? What should it do? The piece will also explore the boundaries of AI and, further to that, celebrate the human side of intelligence. It’s about questioning – whenever we think about AI we try to make it very human, we anthropomorphise it, but should we do that or should we not do that?

There are more and more conversations around this, and it’s interesting to think about the ethics of that. Should we continue to pretend that these machines are humans, or should we be honest about systems that we are using?

How did you find out about the competition?

My tutor posted it online, and I thought that I would give it a go. I didn’t have very high expectations. I entered a few projects that I had done over the last few years to give them an idea of what I wanted to achieve. Then I was longlisted so I started to iterate around what the project would be, and then when I made it onto the shortlist I really started to pin down how the project would work.

Did you have any sense of how big the competition was?

I don’t know how many people submitted, but it’s an international competition so anyone from around the world can apply. When I looked at the shortlist I saw that the other three finalists were a computer scientist who had teamed up with a creative director, Fabrica – a huge institution in Italy, and a big design studio in London. I am the only student who made the shortlist, so that was certainly a little intimidating.

So how did you feel when you found out you made the shortlist? And what other steps did you have to take?

So I had to resubmit my proposal, which was quite a lot of work. I also met with a former LCC student who is now at the RCA to talk about the technical side of things over a pint – how we could change it, how we could professionalise it and how we could adapt to the feedback from the jury.

I had a Skype call with a Microsoft research centre to get input from the technical side, and also how to promote Tate as a brand and open art up to new audiences. Do you have plans to see the project through if you don’t win?

It’s an interesting question. Machine learning is a really hard thing to do. That’s why we have Google and teams of really well paid developers. I think I would be able to create a very basic version of my project whilst still being able ask the questions around AI that I want to, so I’ll definitely try! Where it gets really interesting is when you start to think about how far you can push it. Can you teach computers common sense or taste? Is taste a human thing or can computers have it?

Do you think studying on BA (Hons) Interaction Design Arts has helped you develop skills that you have used in this competition?

Yeah totally, especially the importance of approaching projects from a conceptual point of view rather than a technical point of view. There are so many developers out there who I wouldn’t be able to compete with in technical terms, but I think my strengths lie in communicating and bringing the two very different worlds of Art and AI together.

Also, collaborating with different people is really important. Collaborating with former IDA students and getting different voices and opinions was a key part of the process for me. There’s a real community of people who want to engage in this discourse in LCC and I think that’s really special and important. 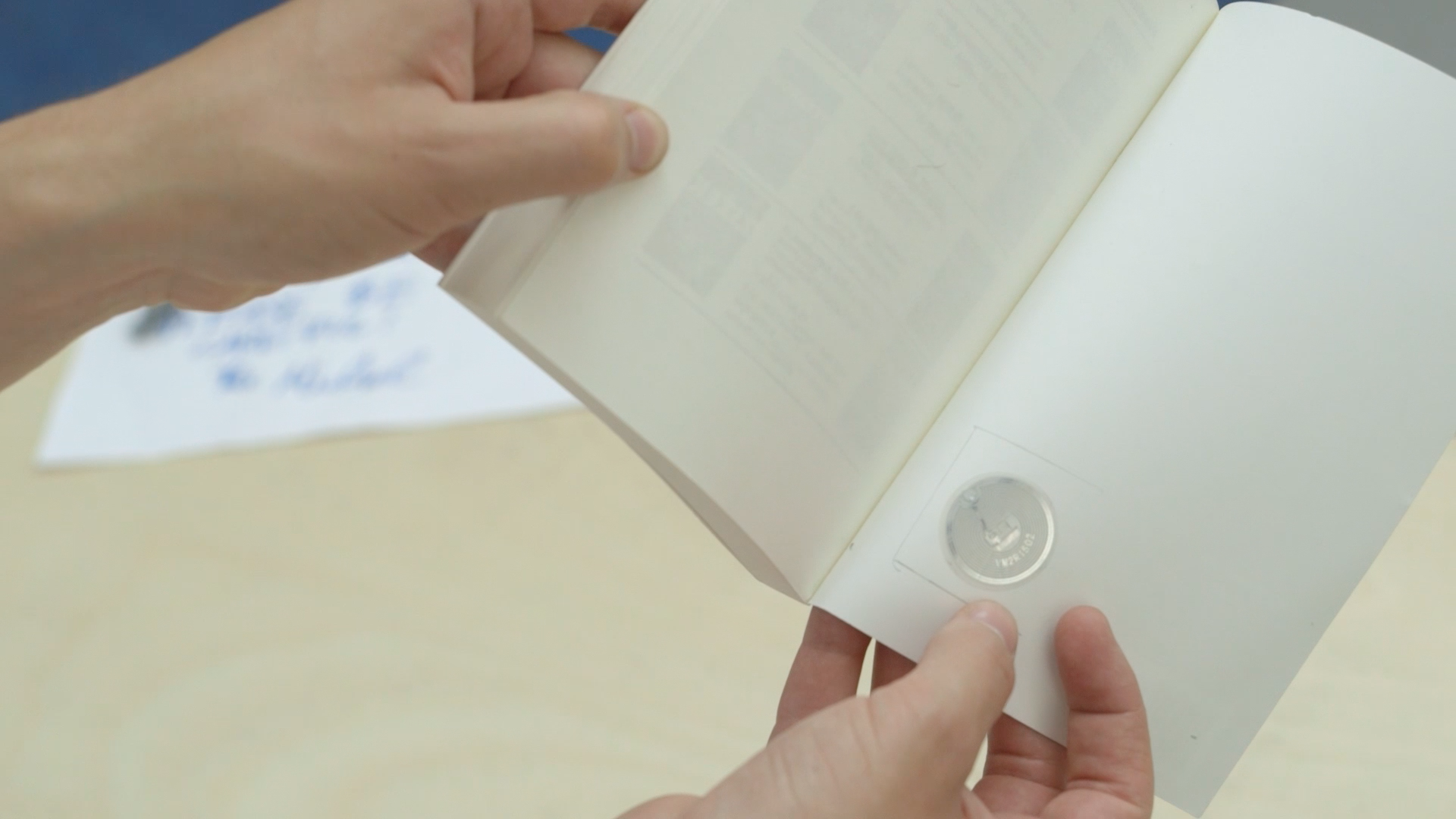 Do you have any other projects coming up that you’re excited about?

I have my final project that I’m working on. It is a design fiction in which every object is identifiable through a chip. You can scan every object and see the history of it – who made it, what does it do, what’s it purpose? I’m excited to start!