‘Kara’ is a moving short film based on Deepa’s own experiences with her estranged alcoholic father. She won the award which champions Black, Asian and Minority Ethnic (BAME) talented and emerging filmmakers, securing herself funding to continue producing her own ideas. Being an award-winner also means she will have the opportunity to work with the director of Harry Potter and Fantastic Beasts, David Yates, on set of his latest production.

Deepa has since established herself as an ambitious and creative cinematographer with an eclectic portfolio of work; including being the Director of Photography for Lily Allen and Burna Boy’s latest music video for ‘Heaven’s Gate’ and Jorja Smith and Preditah’s ‘On My Mind’. The British-Indian filmmaker has also worked on commercials and art films for brands such as Nike and Stella McCarney. Can you tell us a bit about the film Kara – what was the inspiration behind the film?

In our final year at LCC we received a brief called ‘Destroy’ and had to document the destruction in any medium of our choice. I hadn’t had any contact with my dad for over 11 years and was looking for a reason or excuse to track him down. I knew he was an alcoholic and probably a recluse, so I used the brief to make a documentary about him.

My boyfriend at the time said to me: “You need to make a film about a girl who makes a film about her estranged alcoholic Dad.” I sat on it for 5 years and eventually wrote one page and sent it to the director Daniel Wolfe, my ‘sensei’, and he got the ball rolling because he thought it was a good story.

How does it feel to have been giving funding to support your ideas and work?

It’s amazing – Film London/BFI’s London Calling Plus scheme is exactly what we need more of. I feel very fortunate. I’m aware how difficult it is to get funding, for what’s essentially a passion project, and really hope I can either pay it forward or help other young and diverse filmmakers get their projects off the ground.

There’s a lot of talent that goes unseen because of a lack of funds, so I’d love to see more of that in coming years. I received that funding with 4 years of industry experience behind me, so you can imagine how difficult it is for graduates and people just starting out. 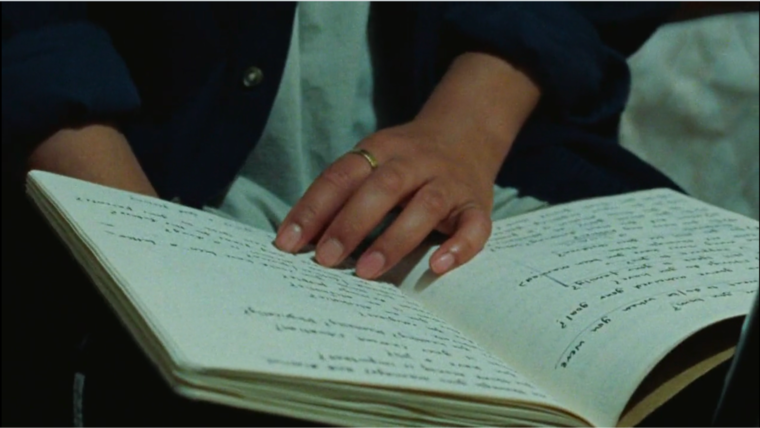 What do you hope for audiences to take away from your film?

I hope that it will resonate with anyone that watches it and that it’ll make anyone in either of the characters situations realise that they aren’t alone. I think strained family relationships, addiction and moral dilemmas are all universal themes so I would love for people from all backgrounds to be able to relate in some way.

I remember watching ‘Fish Tank’ and feeling a massive sense of relief that I wasn’t the only young woman to have felt like Mia, so I hope ‘Kara’ will do a bit of that!

Can you give us a brief overview of the process bringing the idea to fruition?

I wrote the story as a ‘one-pager’, really factual without any dramatisation. I then sat with Daniel Wolfe and George Belfield who helped me shape it a little better and guided me through the writing process until we eventually had a treatment and rough script. Somesuch, a production company, backed it from the very beginning and took care of the application process and then I had a couple of interviews before I was awarded.

Following this, we had actors workshops and evening classes on production prep for about 6 weeks, along with script development sessions with Film London until the shoot on 22 May. Prepping for the shoot was tough – there are only 2 characters and pretty much one location so the details and nuances within that were so important. 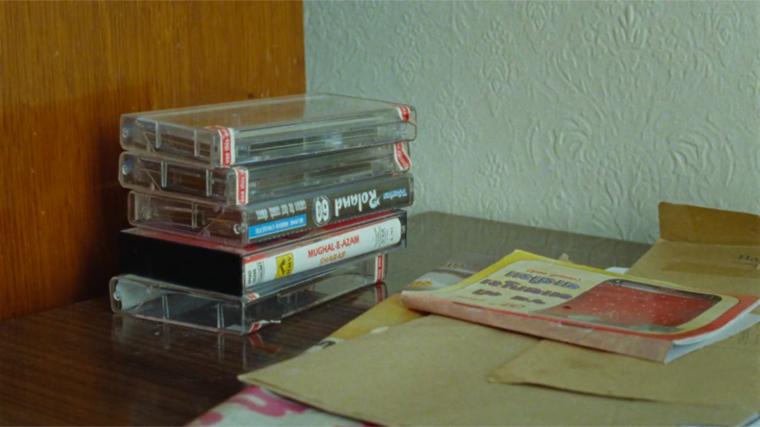 My casting team, Leann Flinn and Gussy, had the brilliant idea of putting out a call to UAL students for the role of ‘Heena’ (me) – and I ended up going with an ex-Camberwell 3D Design student, Saadiqah Rahman, who’d never done any acting before. She was amazing.

I cast an actor I’d worked with previously to play my Dad and we managed to get my Dad’s neighbour to let us shoot in their flat in Leicester. So the whole process was pretty personal and I had a team of very close and talented friends working with me to get all of the elements in place. 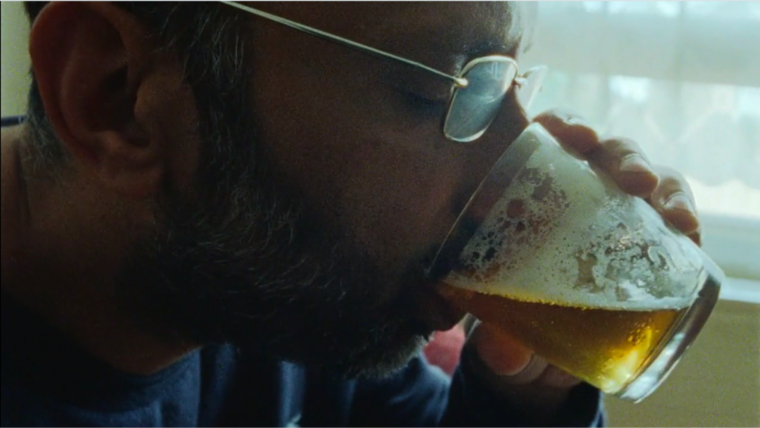 What did you use the funding for and what was your experience with the scheme?

The funding paid for the bulk of the shoot – it made up more than half of the production budget. I was a little defiant about making something so personal to me through a ‘scheme’, but they were really sensitive and tactful about how they worked with me to develop the script.

Angeli Macfarlane gave some great notes that made the script so much stronger and the people I’ve been in conversation with since, Film 4 and BFI, are the kind of people I want to spend the rest of my career around, so I’m over the moon that I did it.

Have you found it difficult to break into the industry as a British Indian filmmaker?

I think I had a very special introduction to the industry, where I was judged on the merit of my work and little else. I’m aware that most production companies aren’t like Somesuch and Pulse, and are probably a little more sceptical to take risks with people who look or sound like me, but everyone I’ve met so far has just wanted me to succeed, and has done everything in their power to make it so. I’m forever grateful for that.

If there was anything that held me back, with regards to being an Asian British in a white middle-class industry, it was coming from insecurities within my self. Imposter syndrome is not a joke. It took my Mum and family friends a while to get their head around what I was doing, to really believe in me, and I would say that’s been my biggest struggle to date. But it’s all good, now that my work’s on the TV, they love it! 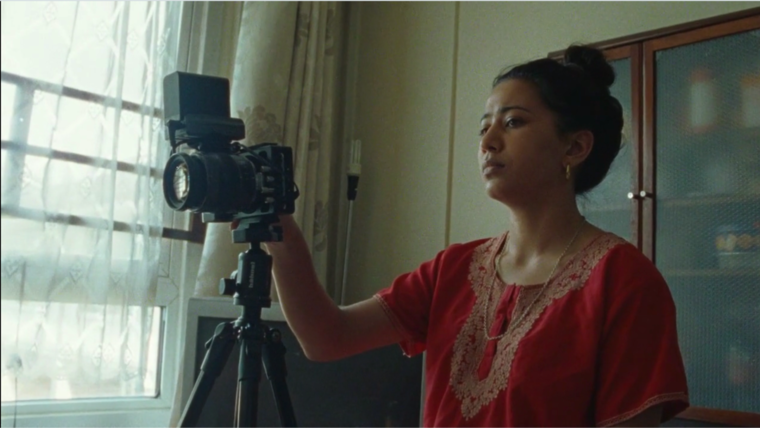 Who are you most inspired by?

First and foremost, my family in India. I shot my first roll of film there and never looked back; the colours, the faces, the stories, are all amazing. My family are farmers and I visit them every year, it’s like my reset button and it reminds me why I love what I love and the power of stories and storytelling.

After that, Daniel Wolfe, Robbie Ryan (my senseis) and all of the directors I work regularly with; Dan, Hector, Bafic, Tom, Leonn, Denna. Whenever I’m around any of them, I learn something about the world or myself or the craft and I love it.

What’s been the highlight of your career so far?

Working on ‘Catch Me Daddy’ as a camera trainee was pretty amazing. As a Director of Photography, the 2nd Unit work I’ve done for Daniel Wolfe has been really inspiring and insightful. I’m very much alive and challenged when I work with him. 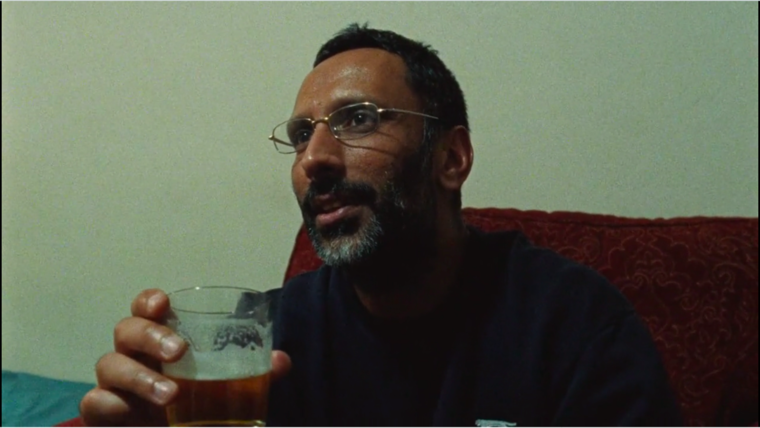 It varies so much depending on time of year but mostly I’m doing a healthy mix of looking at treatments, avoiding my mums calls, meeting new directors, going to exhibitions, going out dancing or shooting. I’ll usually have at least one shoot day a week so I guess that’s one consistent element.

How do you feel your time at LCC has prepared you for such an opportunity?

My time at LCC has prepared me for my career to date in so many ways. The way Course Leader Joel Karamath and Biggles [an LCC lecturer] encouraged us to work and think has seeped its way into every part of my life and work and I have a lot to thank them for.

Considering I didn’t study film, things are going really well for me as a director of photography and I think that’s because they challenged us to really think about every decision we made. Thinking about the social and practical implications of our work was a huge part of our course and it’s what is shaping me as a filmmaker today. What is the most valuable lesson from your time at LCC?

That caring about people, thinking about the social and moral implications of our work, and creating work that has a positive impact is important, worthwhile and eventually pays off.

What do you hope to be doing in ten years?

More of the same if I’m lucky – shooting and partying around the world, making films with my friends, getting my iPhone screen fixed for the 1000th time.

If you could relive your experience at LCC what would you do differently if anything?

I would have engaged more with my course and tutors, taken better advantage of the resources, especially the photography department and library, taken short courses and generally would have been more focused. I was a bit lost for my first 2 years.

If I could go back I’d give myself a shake and appreciate how amazing my course and tutors were and utilise them to their full potential because I’ll never have another 2 years where all I’m supposed to do is learn and be supported.

Check out other work by Deepa on her vimeo account