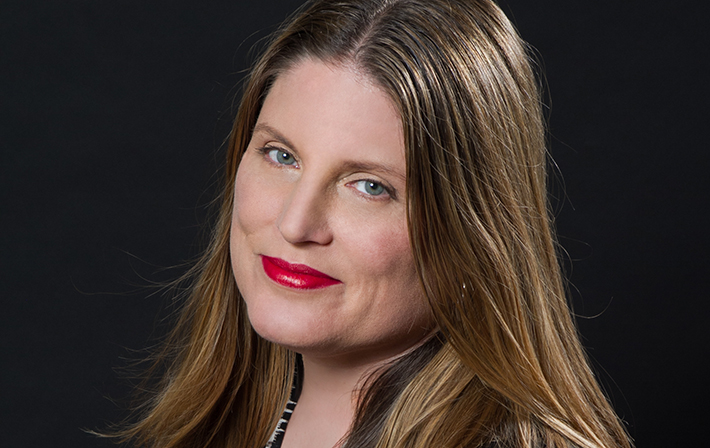 Larra Anderson is Dean of Screen at London College of Communication, University of the Arts London.

She holds an MFA in Film Production from the University of Southern California’s School of Cinema-Television (now known as USC School of Cinematic Arts) and received her BA from St. Johns College in the Great Books Program.

Prior to joining LCC, Larra was the Director of the Northern Film School at Leeds Beckett University, one of the oldest and largest film schools in the UK. She is also a Senior Fellow of the HEA and a Fellow of the Royal Society for the Encouragement of Arts, Manufactures and Commerce (RSA).

As a filmmaker, Larra has worked primarily as a cinematographer, though she also has produced, directed and written film and television. Her award-winning films have screened in cinemas internationally, as well as at over 65 festivals worldwide with screenings at Sundance, Sheffield DocFest, Venice, SXSW and BFI.

Highlights include her work on the feature film “The New Women” starring Andy Warhol screen legend Mary Woronov, “Hit So Hard” a feature length documentary about Patty Schemel the drummer from Courtney Love’s band Hole which won the Audience Award - Sight & Soundtrack at Philadelphia Film Festival, the Jury Award for Best Documentary (Honourable Mention) at Frameline Film Festival, and was nominated for Outstanding Documentary for the 24th GLAAD Media Awards and the feature documentary “Mansfield 66/67” which was nominated for the Women’s Image Award for Best Documentary.

Larra's most recent work can be seen in the documentary feature “House of Cardin” which premiered at the 2019 Venice Film Festival where it was nominated for the Queer Lion Award.

Find out more about the Screen School