Marshmallow Laser Feast will share their experience of building XR experiences, their research process to collect data from a location and build a digital environment from it, understand how other species perceive the world, and create immersive sensorial experiences.

Dr Payam Zahadat will talk about her research on the photomorphogenesis of plants, self-assembly, swarm collective behaviours observed in nature, evolutionary algorithms, and their application in bio-inspired robotics and bio-hybrid systems. 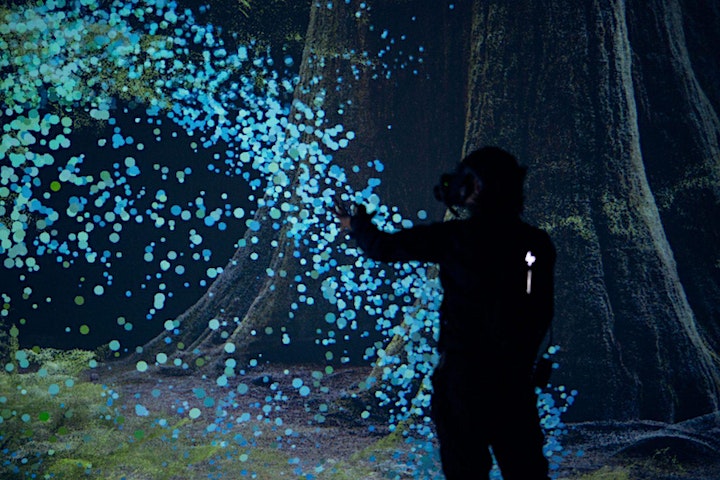 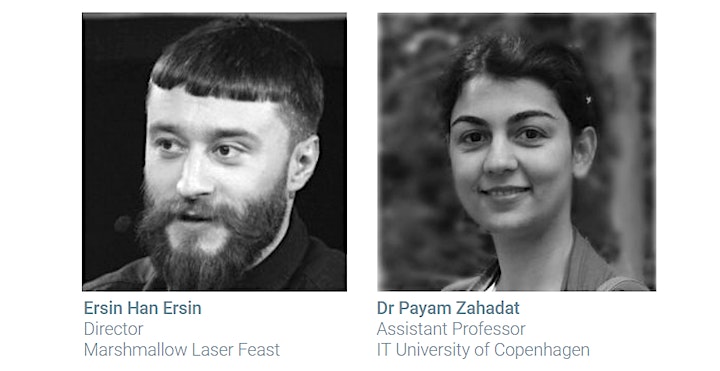 Ersin Han Ersin is an artist and creative director of London based experiential studio Marshmallow Laser Feast – which creates immersive experiences, expanding perception and exploring our connection with the natural world. Their work has been exhibited around the world with ‘We Live in an Ocean of Air, In The Eyes Of The Animal’ at Saatchi Gallery which was nominated for the Design of the Year by Design Museum Beazley Awards and won the Wired Innovation Award (2016), or ‘TreeHugger, Wawona’ which won the Tribeca Film Festival Storyscapes Award for Innovation in Storytelling and Best VR Film at VR Arles Festival. More recently, they have been collaborating with the Eden Project to design ‘The Invisible Forest’ which informs on carbon cycles and how trees govern the Earth’s climate.

Dr Payam Zahadat is an Assistant Professor at the IT University of Copenhagen, in the Robotics, Evolution and Art Lab. She researches how complex collective systems function and design computational methods for distributed artificial systems (e.g. robotic swarms) by taking inspiration from natural systems. Her research interests include swarm robotics, modular robotics, collective intelligence, self-organizing systems, evolutionary robotics, and bio-inspired computation. She previously worked in the Artificial Life Lab at the University of Graz, and the Modular Robotics Lab at the University of Southern Denmark, where she researched the light-guided morphogenesis of climbing plants for symbiotic robot-plant bio-hybrids. She received her Master and PhD degrees in Artificial Intelligence from Shiraz University, Iran.

Shiladitya Banerjee is an Assistant Professor of Physics at Carnegie Mellon University working in the area of Computational Biophysics. Banerjee did his undergraduate studies in Chennai (India) and earned his Ph.D. in Physics from Syracuse University (USA) in 2013. After a postdoctoral fellowship at the University of Chicago (2013-2016), Banerjee became a Faculty in the Department of Physics & Astronomy at University College London in 2016, where he was appointed a Royal Society University Research Fellow. He moved to his current position at Carnegie Mellon in 2020. Research in the Banerjee Lab is focused on developing mathematical and computational models for cellular architecture, mechanics and collective behaviour.

Marta Giralt is a designer specialised in design research and communication.  She is the Design Director at Franklin Till design agency, and former Year Leader on the MA Material Futures at Central Saint Martins. Her work explores the cultural, ethical and moral impact of new and emerging technologies and the potential implications that they may have on our future society. By combining research, graphic design and styling, Marta has worked as a freelancer for platforms and agencies such as Nelly Ben Hayoun Studios, Mold Magazine or Rewisor Magazine. She has recently worked on the curatorial research team for the exhibition 'Our Time On Earth' at the Barbican.