In this talk, we will explore how the relationship is evolving between technology and humanity, other species, the Earth and the universe. Where is the line between “natural” and “artificial”? We will host leading thinkers to give us a wider, long term perspective on the future of technology. 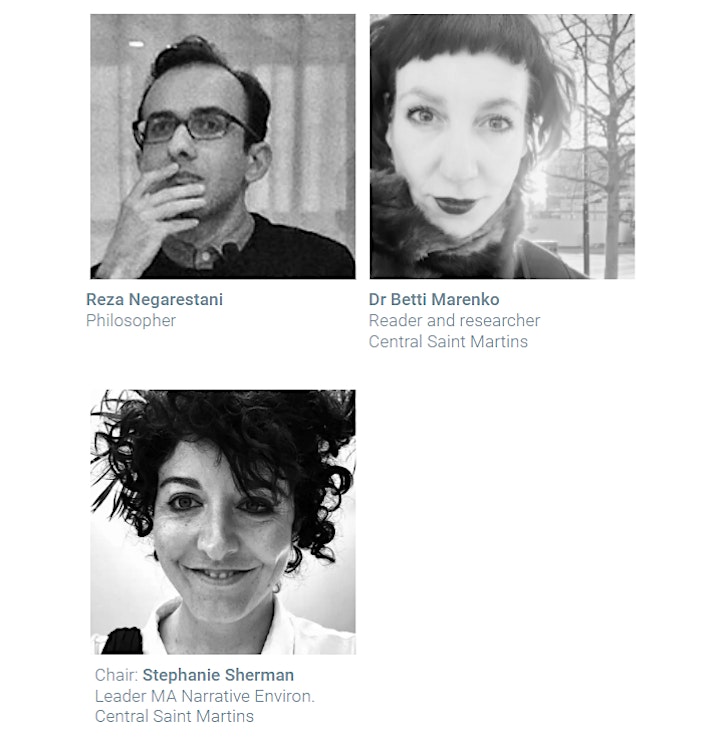 Reza Negarestani is a philosopher and writer. Since the early 2000s, he has contributed extensively to journals and anthologies and lectured at numerous international universities and institutes. Negarestani's latest philosophical work, Intelligence and Spirit (Urbanomic / MIT Press, 2018), is an inquiry into the meaning of intelligence at the intersection of artificial intelligence, philosophy of mind, theory of computation, and the philosophy of German Idealism. Negarestani’s most recent project focuses on worldmaking and the question of what it means to inhabit a world as what Wittgenstein would have called a lifeform. He is currently directing the critical philosophy program at the New Centre and is a faculty member at the California Institute of the Arts.

Dr Betti Marenko is a transdisciplinary theorist, academic and educator working across process philosophies, design studies and critical technologies. She is the founder and director of the Hybrid Futures Lab at Central Saint Martins, a transversal research initiative developing speculative-pragmatic interventions at the intersection of philosophy, design, technology and future-crafting practices. She is the Contextual Studies Leader for Product Design at Central Saint Martins, having previously held teaching posts at the University of Essex, and the University of Urbino, Italy. . She is the co-editor of the volumes Deleuze and Design, and Designing Smart Objects in Everyday Life and her writing has been published in New Formations, Design and Culture, Design Studies, and Digital Creativity. She is Reader in Design and Techno-digital Futures at UAL.