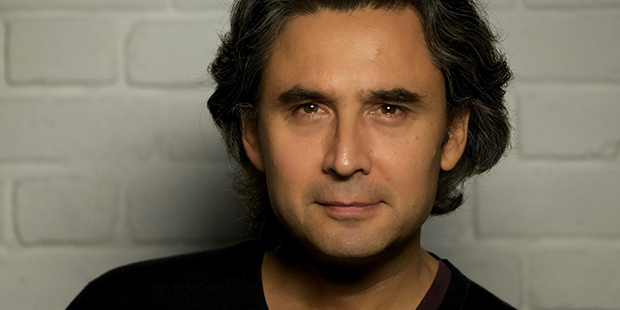 I trained as an actor at the Belarussian Academy of Theatre and Art in Minsk and performed extensively in film, stage and TV in my native country before coming to Western Europe. As an acting teacher and theatre director I have worked throughout the UK and Europe. I have taught and directed at many of the best known British vocational drama schools such as RADA.

I have been closely associated with Drama Centre London for many years. My work draws equally from the three great masters of the Russian stage: Stanislavski, Meyerhold and Vakhtangov. Over the years I have been involved in a variety of research projects with a particular emphasis on the Vakhtangov technique.

The acting exercises I teach, inspired by Stanislavski’s great, younger pupil Yevgenyi Vakhtangov, stand as an essential parallel to all Stanislavski–style systems. While retaining all the characteristics of realistic acting, such as strong objectives and action playing, truthful relationships and inner justification, they also open for the student actor the possibility of being physically expressive, artistically courageous and imaginative.

The exercises invite actors to think in a very creative and playful way. This is of particular importance, as it is often forgotten that acting is about playing.

The exercises require the student actor to break down the ‘fourth wall’, maintain complete awareness of the audience and apply total discipline in performance.

In addition, actors use the techniques they learn in order to adapt their performance according to the reactions received from the audience. The exercises are highly structured and the student actor submitting to the structure will in return, like a jazz musician, find within it the freedom to play variations.

The exercises stretch the student actor and can be truly liberating, developing a unique technique and great confidence, both of which can then be fed into mainstream work.