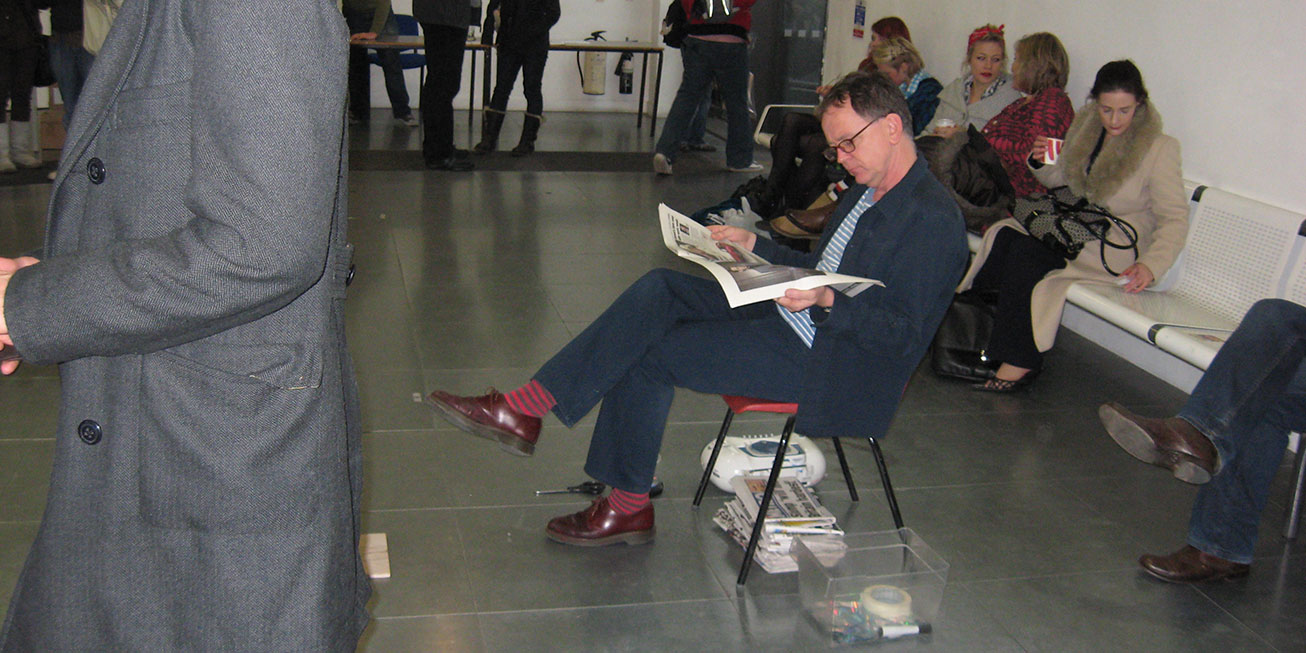 I have been a professional designer in the field of performance for thirty years.

The range of my work incorporates forms such as community theatre, commercial touring, repertory theatre - featuring a long collaboration with director, Andrew Manley - and Opera.

Highlights prior to my teaching career include an infamous Marriage of Figaro for the Welsh National Opera, three British Premieres of David Mamet adaptations of Chekhov plays, (The Cherry Orchard, Uncle Vanya and The Three Sisters), and two commissions for the Cambridge Greek Play, (The Trojan Women & Electra) - the only performance of these plays in the world delivered in the original ancient Greek language.

In 1991 I became the first person in the UK to receive an MA in Theatre Design, which became the catalyst for a teaching career alongside my continuing professional practice. During my tenure as Course Director of what is now the BA Performance Design & Practice course I have overseen two changes of course title which indicates a shift from the idea of theatre design as serving the dramatic text, to one which embraces not only that but also the role that design has in the authorship of performance in various contexts.

My recent practice reflects this shift; it includes a site specific ‘Attempts On Her Life’(Crimp) featuring the simultaneous presentation of the 17 scenes, a devised solo performance, Variation, Verification & Vindication and a devised performance within, ‘The Anatomy of Integers & Permutations’ (Granville) - a text based on number theory, performed at Princeton and  Berkeley Universities in the U.S.

As a member of the executive committee of the ACTD (UK Association of Courses in Theatre Design) I have co-curated the past three schools exhibits for the Prague Quadrennial  exhibitions,  I have also represented the UK at symposiums for OISTAT (International Organization of Scenographers, Theatre Architects and Technicians ) in Moscow and Riga, and written various articles for the SBTD (Society of British Theatre Designers) Blue Pages  journal and the ABTTs (Association of British Theatre Technicians) Sightline Magazine. I am a Fellow of the Higher Education Academy and received a UAL teaching award in 2012.