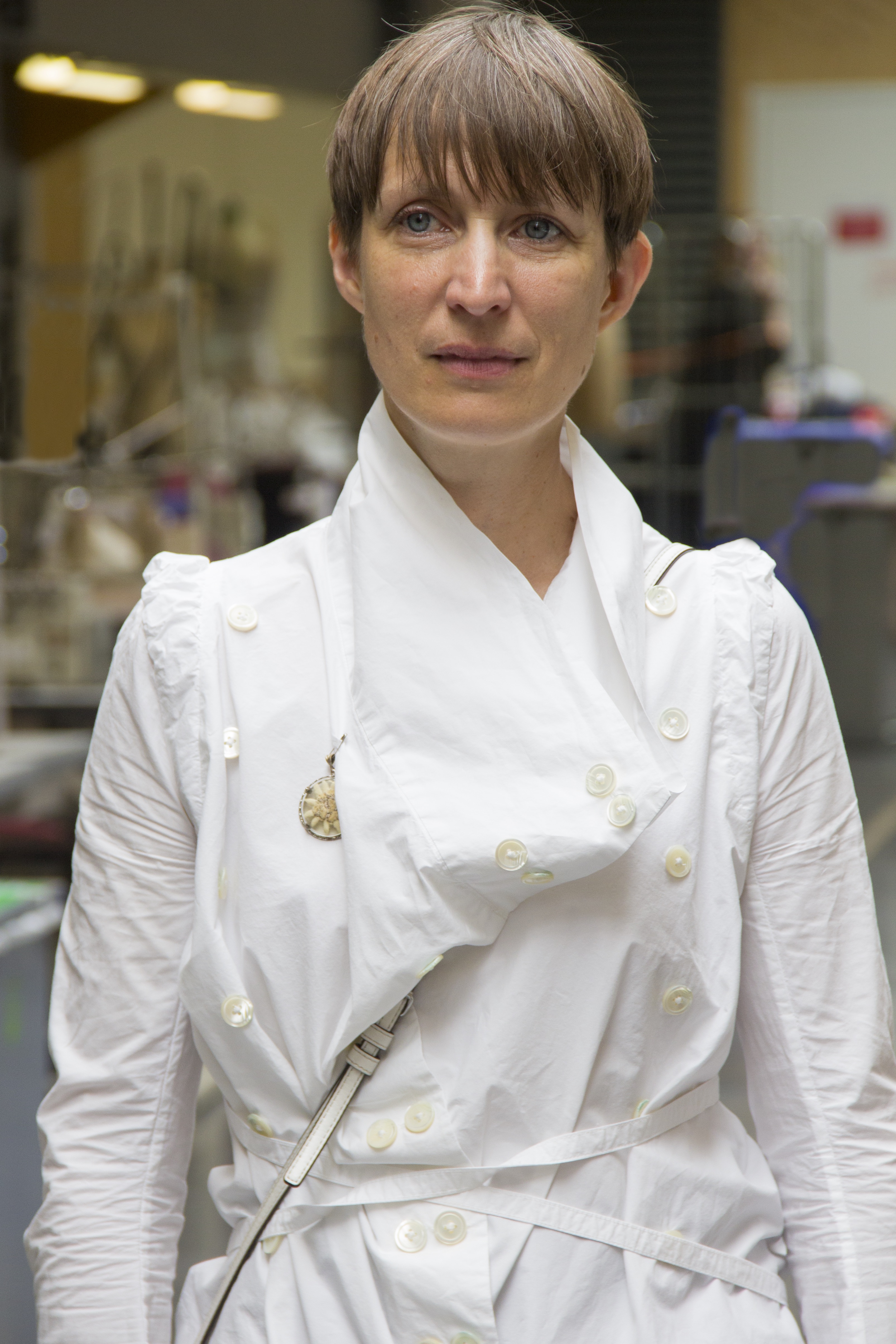 I was born in Hamburg, Germany, moved as student to the UK in 1994 and have been working as an artist in London since 2000.

I graduated from Central Saint Martins College of Art and Design, University of the Arts London, UK with a BA in Fashion (1994-97) and an MA in Fashion (1998-00). My shift towards film and performance began during my final year MA when I produced the film ‘Infinite Repetition’ for the graduation show at the Truman Brewery, UK (2000). ‘Infinite Repetition’ was a radical departure for me and marked a turning point in fashion communication practice because it utilized the medium of film to unveil the continuously evolving designs and shapes of garments.

My early films were formal investigations of fashion composition using simple film editing techniques to manipulate, magnify and repeat the decorative details of cloth and the body they adorned. My more recent film projects employ the medium of performance to investigate the relationships between mind and dress, reflecting on how the body is conditioned by dress both physically and psychologically.

Since graduating from MA Fashion at CSM, I have received many awards such as the Deutsche Bank Pyramid Award, Artsadmin bursary, CAPTURE grant managed by Portland Green Cultural Projects with Support from Arts Council England etc. I have exhibited my work in London and internationally and taken part in numerous international film festivals.

I also received a major commission from the H+F Collection to develop one of my films ‘Childhood Storage’, together with Walter Van Beirendonck, Hussein Chalayan, Naomi Filmer and Viktor&Rolf.  London College of Fashion, UAL and ArtEZ Institute of the Arts in the Netherlands invited me to create the first monograph called ‘Conditioned by Dress: The Relationship between Mind, Fashion, Film & Performance’ dedicated to her work in the series PRACTICES of TRANS-DISCIPLINARITY.