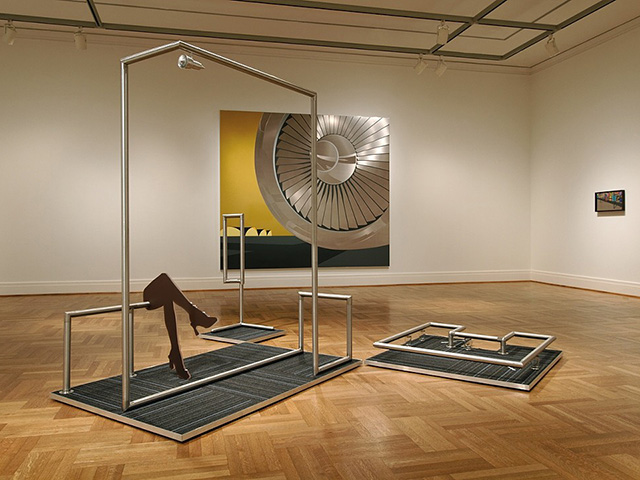 Ian Monroe is an artist and writer who was born in New York in 1972 and currently lives and works in London.

Monroe came to public attention in 2003 when a large-scale work from the artist’s MA show was displayed at the Saatchi Gallery. In 2004 the artist was included in ‘Edge of the Real’, a group painting show at the Whitechapel Gallery. ‘They Built Upon It’ (2005) at Haunch of Venison, London, was accompanied by the first major catalogue of Monroe’s work.

He was the recipient of the Freund Fellowship at Washington University in St. Louis, in partnership with the Saint Louis Art Museum, where Monroe had his first American solo show.

In addition to his artistic practice, Monroe has contributed essays to a number of publications, including “Collage, Assembling Contemporary Art”, 2008, by Black Dog Publications. Other writings have been published in The Guardian and Art Review.

He received his MA from Goldsmiths College, University of London in 2002.