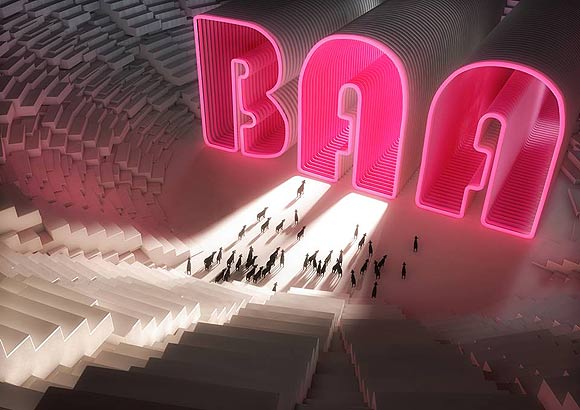 This week at London College of Communication (LCC) watch finalists from the British Animation Awards and vote for your favourites, including a film by BA (Hons) Animation lecturer Katerina Athanasopoulou.

The British Animation Awards is a biannual celebration of all fields of animation in the UK. The Public Choice Programme offers you the chance to vote for your favourite works from a diverse range of animations made over the past two years.

Three 90-minute programmes containing a mix of animated shorts, music videos and commercials will be screening in the Podium Lecture Theatre at LCC on Monday 24 February and Wednesday 26 February (see below for timings).

Included in Programme 3 is a short film, Apodemy, by BA (Hons) Animation lecturer Katerina Athanasopoulou, which is nominated for best commissioned animation. In 2013 Katerina won the prestigious Lumen Prize, described by the Guardian as “The World’s Pre-eminent Digital Art Prize.”

The screenings are free to all LCC and UAL students, staff and alumni. There’s no need to book just come along, enjoy the best of British Animation and support LCC animation by voting for Katerina!

The British Animation Awards ceremony 2014 will be held on March 7th at the BFI, Southbank.

The post Watch British Animation Awards finalists at LCC and vote for your favourites appeared first on London College of Communication.