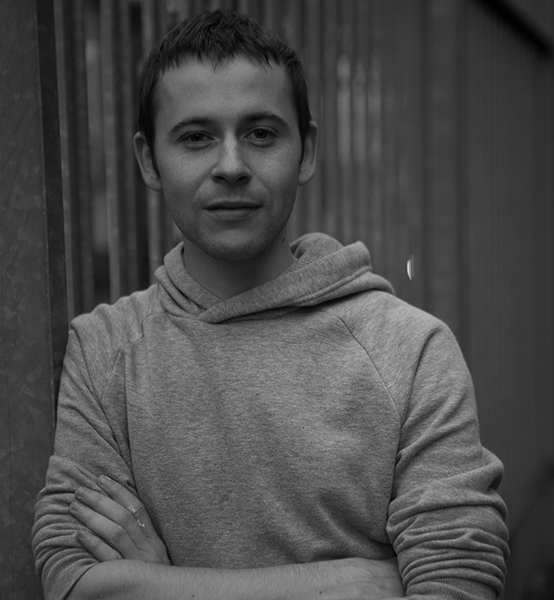 Chelsea alumnus Jonny Briggs  graduated from BA Fine Art with first class honours in 2008, going on to win several prestigious awards including the Conran Award, Lumi Honorary Art Award,  Saatchi New Sensations 2011 and a NESTA Creative Sparks Award. He has exhibited internationally including at 176 Zabludowicz Collection, The Marta Herford Museum in Germany, Photographers’ Gallery in London, Julie Meneret in New York, FaMa Gallery in Verona and the Saatchi Gallery in London. The British Journal of Photography, The Guardian, The Times, The Independent, La Stampa, Arte Italia, Italian Vogue, and Elephant Magazine have published his work, and documentaries on his art have been shown on Channel 4 and Sky TV. 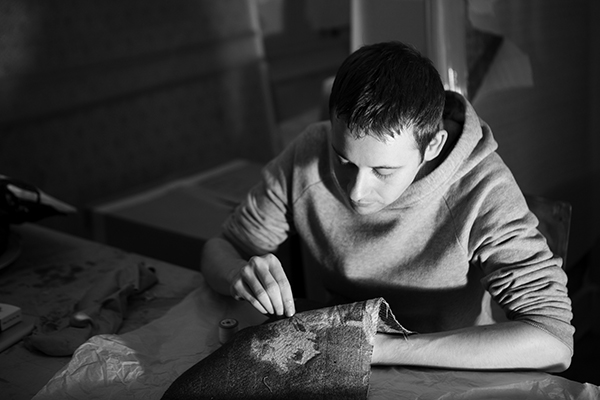 What are you working on at the moment?
At the moment I’m preparing for a solo show in New York at Julie Meneret Contemporary Art. They have a strong altruistic side to their gallery and have really got behind the ideas, which means a lot. As part of this show I’ve been painting my parents’ kitchen in flesh coloured latex together with an up-scaled 3-D printed mould of my Dad’s head and my partner’s body. These are montaged together in different arrangements to form mono-chromatic scenes of camouflaged, shroud-like characters that appear almost like melted cartoon flesh, collapsed bodies or shed skins. They are photographed in different situations outside in my parents’ garden upon bright white, clinical boards, often with elements of the natural outside seeping into the artificial interior scenes. They feel quite claustrophobic to me. I like them being photographs because they are contained within the frame, and it’s ambiguous as to what the material is – how it was made, and suspends our assumption of what’s real and what’s not.

I’ve also been making terracotta child-like characters with my Mum’s face in my studio, within a clinical white tiled scene. They are often pregnant, and merging with each other and their surroundings. They are experimenting with this material they are made from, interacting and eating it, molding it. It looks quite disgusting, yet in a desirable, enticing way for me. It reminds me of how desire and disgust are often entwined – how we can desire our disgust, and also be disgusted at our desires. I remember a time recently when I opened a bottle of liquid sculpting material – it smelt revolting. Upon knowing it smelt revolting, I couldn’t help myself and sniffed it again. I then passed the bottle to a friend and invited them to smell it too. There’s a strangely familiar delight in indulging in our disgusts, and I like to explore these push-pull situations that blur two seemingly polar differences. 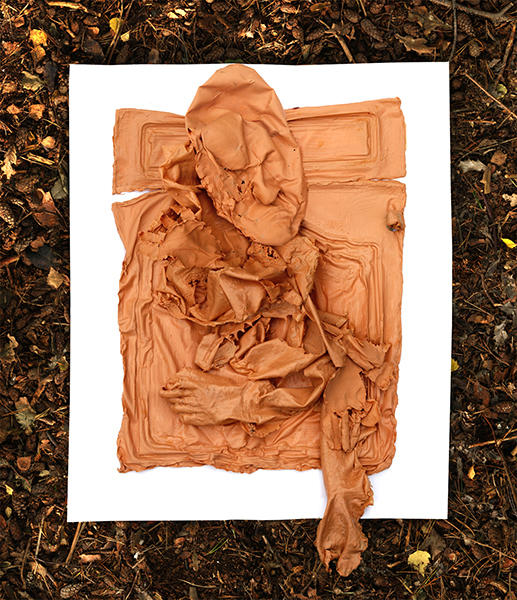 Who or what first inspired you to follow your chosen career?
After finishing my A levels I went to study architecture at the Bartlett, UCL. For our first year building project, I designed a Stilton cheese farm for a farmer and a cow living together on top of a prostitute’s graveyard in Southwark. I discovered that a Friesian cow can produce enough milk to produce one round of Stilton in a day, and from this I learnt how to look after a cow, and how to make Stilton cheese, which shaped the building’s layout. Cows can walk upstairs but not downstairs because of their bone structure (I sometimes wonder about the poor farmer who discovered this), so there were stairs wrapping around the outside of the building, up to where the farmer and cow would sleep next to each other, through a membrane that let through heat and shape, but not bodily fluids. To get downstairs in the morning, the cow would enter a lift, which by weight raised hay lifts that fell in to the walls of the building, insulating it, and be eaten by the cow at the base. The cow lift also moved a giant conveyer belt of cheeses in the basement round by one each day. To get to the basement, the farmer would go down a fireman’s pole, and proceed to make cheese from the cow’s milk. A slender tentacle of the building rose up out of the basement, through a deserted mews and on to the high street, where the farmer would sell the cheese at a particular time each day. So by the time the conveyor belt of cheeses reached the high street, it was ripe enough to eat. The building was built like a rickety wooden roller coaster, and covered in a large cheese rolling slope. The walls were also partially covered in the cow’s manure to insulate the building.

Suffice to say I failed the year. The tutors felt I had got caught up in this story, that I should have focused more on the building itself. And they were completely right. I even went to Derbyshire to learn how to milk a cow, and put a photograph of myself milking a Friesian on the front of my portfolio. They suggested that I wasn’t thinking like an architect, and it may be of more benefit for my ideas to be unbounded, and they suggested doing an art foundation course at Chelsea College of Art. The idea really excited me, and I jumped at the chance. I’m so glad I did – it was my favourite part of the whole of my education, and set me on a path that properly felt like me. So all it took to discover I was an artist was to be a fish out of water, and discover what I wasn’t. So in this case, the career decided itself! 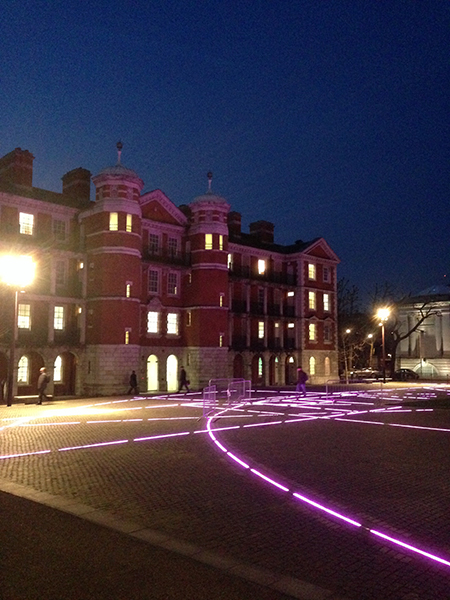 What are you most passionate about?
There are too many to think of! Beyond the obvious art work it would be the people in my life, and nature. I became vegetarian in late childhood, so from an early age I knew that was the right path for me. I’ve developed – or perhaps become aware of a sensitivity for animals and looking after the environment. I wonder sometimes if this is one of the reasons why the merging of self and environment regularly occurs in the work. Which piece of art/design/performance/communication/fashion do you wish you had created?
To wish I’d created someone else’s work would undermine the reasons why I make it! Though there are some pieces that I strongly identify with.

Paul McCarthy once exhibited a piece of work that was so formally simple. It consisted of an A4 piece of card, hanging from the ceiling by a single piece of string at head level, with two circular eye-holes cut from it. In the context of the rest of his work, I found this piece deeply powerful, voyeuristic and playful.

Where is your favourite London haunt?
I prefer quieter places where I can hear my own thoughts and the people that I’m with. I love Inspiral Lounge in Camden, a vegetarian, vegan, ethical food café. They have live music there sometimes, the food is delicious and creative, and it overlooks Camden Lock. Above all every time I’ve been there the staff have been so friendly. I remember one time a lady was playing a love song on the guitar and singing – both her and the song were so calm and soothing, and then she played a bum chord and shouted “I ****ed it, I ****ed it!” frustratedly. It did make me laugh – even though it was a mistake it amused me at the thought that relationships can sometimes go like that themselves. I also like to perch in The Photographers’ Gallery café. The hot chocolates are amazing, it’s great to people watch, and there is almost always something interesting happening at the gallery. They have so many varied and intriguing events there.

As a treat I love the creativity and deliciousness of Sketch, who create surprising afternoon teas in the Glade and inspiring journeys of taste in their multi-plated Library dinners. The opportunity to go to the toilet in one of their jaw-dropping giant white eggs is also a welcome one. There are strong links with the art world at Sketch, it’s a surprise round every corner. Beyond a meal, this place offers an experience. 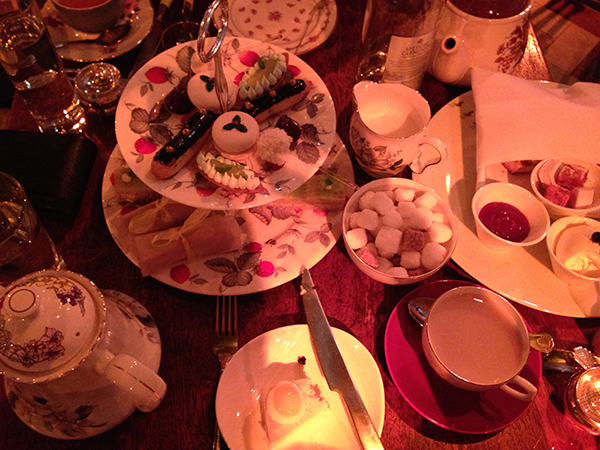 What is your guilty pleasure?
I buy tubs of ice cream and eat them in one sitting. 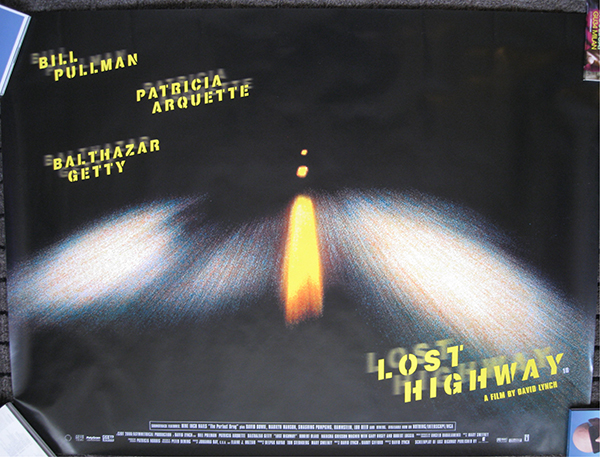 Songs: Kate Bush (Mrs Bartolozzi, Wow, December Will Be Magic Again), David Bowie (Ashes to Ashes, The Man Who Stole the World), Phillip Glass (Morning Passages amongst many others), Blondie (Atomic, Heart of Glass), Pulp (Something Changed, Common People, Help the Aged, Bar Italia) and eighties music in general, which takes me back to childhood in an instant. 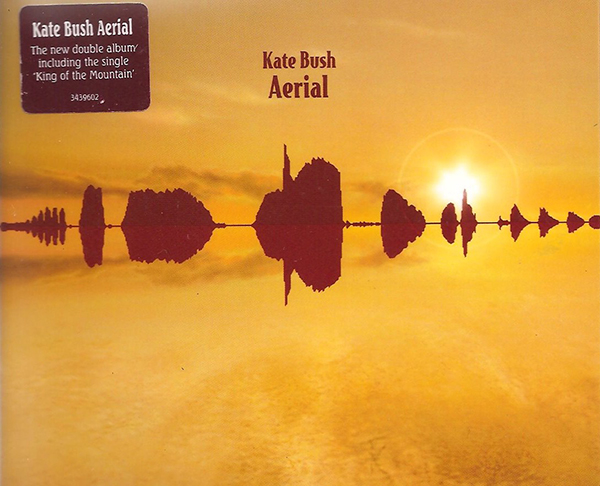 What is your signature dish?
Puff pastry pizza. I get a slab of puff pastry, put it in the oven with sauce on it, cheese, olives, basil, vegetables and general detritus from the kitchen cupboards, and it tastes delicious. I’m also partial to veggie sausages and mash.

Do you think University of the Arts London has an important role to play in Britain’s cultural life?
University of the Arts London has provided a springboard for vast varieties of disciplines drawing upon creativity in many forms. Some of the world’s most inspiring and respected artists and designers have come from the institution, and to be there pushed and challenged my work and thoughts in ways I hadn’t anticipated. The tutors I came into contact with were supportive and genuinely cared about the work, the ideas, and where the ideas came from. University of the Arts London, in my view played a very important role in Britain’s cultural life – and contesting, challenging and acknowledging ways we think, live and behave, providing illuminating interpretations and progressions of the world around us. The most important part of the institution is its students – and a way for UAL’s role in Britain’s cultural life to remain high is to keep students’ education as accessible as possible to those who may not have the financial means to apply or study there amidst the risen fees. It is so important that students are viewed rather than customers, as people who would like to learn.

What advice would you give to the University’s aspiring creatives?
Remember the most important viewer of your work is yourself – be honest with yourself, and make the work for you. What you find interesting and why you find it interesting will make the most rewarding work of all. Find out more about BA Fine Art at Chelsea