UAL at the Oscars

UAL graduate Steve McQueen is celebrating an epic start to 2014 after winning Best Picture at last night’s Oscars for his film 12 Years A Slave. 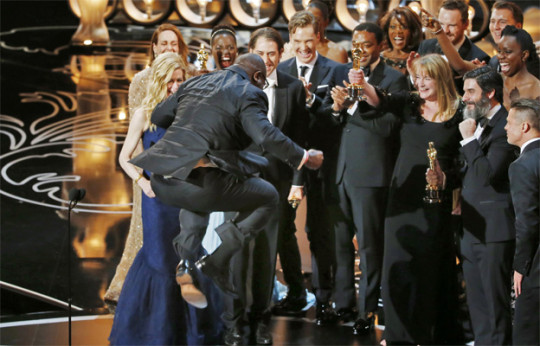 Director and artist Steve, who studied a Foundation Diploma in Art and Design at Chelsea College, added the gold statue to his already groaning awards cabinet, after winning a Bafta earlier this month. Accepting the Oscar, he dedicated it to everyone who has endured slavery, saying:

“Everyone deserves not just to survive, but to live. This is the most important legacy of Solomon Northup.”

Amongst the many people celebrating back home was Chelsea tutor John Crossley, who taught Steve 25 years ago. He remembers:

“Steve had a quiet, sensitive and yet direct persona, and this was mirrored in his approach to his exploration of his ideas, which tended to involve performance and photography as a way of developing an identity. He was highly thought of by staff and students alike.” 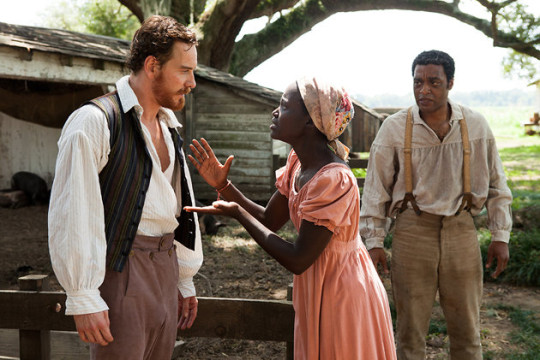 Steve himself remembers Chelsea extremely fondly. Earlier this year, he told the Guardian: “For the first time I was happy. I had an environment I could work in, and so I was happy.”

12 Years A Slave has won plaudits from both critics and audiences, not least at UAL. Describing the film as “magisterial”, Professor of Film at London College of Communication William Raban said:

“McQueen won the Turner prize in 1999 but of all the recent artist filmmakers who have made the transition to feature film production, McQueen has been by far the most successful.”

Although Steve’s triumph has grabbed the headlines, he was not the only UAL graduate to make the Oscar nomination list this year. Actor Michael Fassbender, a graduate of Drama Centre London, now part of Central Saint Martins, was nominated in the Best Supporting Actor category for his performance in 12 Years A Slave. Congratulating him, Drama Centre Principal Jonathan Martin said:

“We are enormously proud to count Michael as one of our alumni. Michael has the ability to transform completely, both psychologically and physically, into characters in extreme situations. Many of the roles he creates are deeply flawed, and problematic, but he always manages to communicate their humanity and their vulnerability to give us a window into the human soul. His rigorous commitment to take risks in pursuit of truth is still an approach that Drama Centre holds to in its training today.”

Also nominated was director Joshua Oppenheimer, another CSM graduate, was nominated for Best Documentary Feature for The Act Of Killing. Explaining the significance of his work, Pratap Rughani, Course Director of MA Documentary Film at LCC, says: 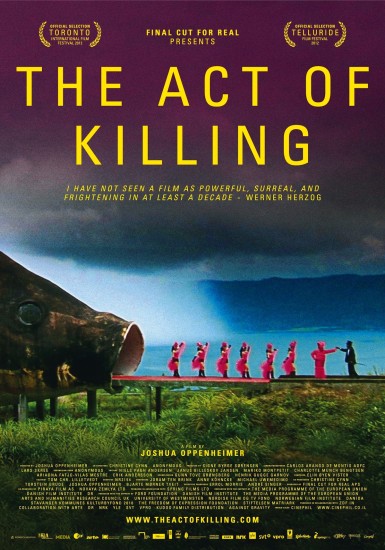 Joshua Oppenheimer’s The Act Of Killing

“In Indonesia the murder in the 1960s of half a million progressives and leftists is scandalously absent from the national story. The Act of Killing is hugely significant in triggering a national debate within Indonesia which may be the first intimations of a reckoning with events which both disfigure and define its history. A great achievement for any film.

“However, when UAL students recently examined the film in a special day-long seminar including the Jakarta-based film critic Eric Sasono, they also raised essential questions of documentary ethics in the making of this work. Critics like BBC 4’s Nick Fraser are ‘deeply opposed’ to the film on ethical grounds. Others see the approach of getting murderers to ‘perform’ their acts of killing (featuring Busby Berkeley-style fantasy dance sequences) as an ingenious way to unlock what perpetrators thought they were doing. Re-creating the murderers’ perspectives on what they did through the device of a film within a film makes for uncomfortable but necessary viewing which has raised as many questions about the film-makers’ approach as it has about the events themselves.”

See more about film and documentary courses at UAL here.