The Top Ten: Ten of the best from MiAL 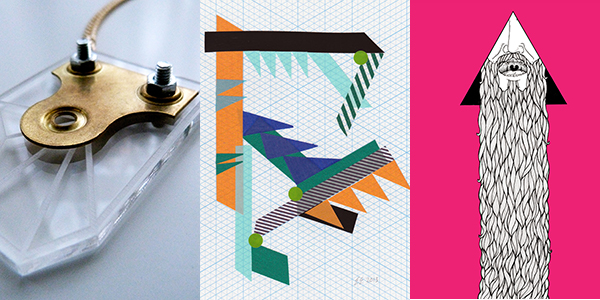 Since 2012, Made in Arts London (MiAL) has been working with the most exciting new artists, designers and makers from UAL, discovering new talent, showcasing their work and selling direct to the public. Here, MiAL manager, Claire Flannery, reveals her favourite ten pieces from the last three years, admitting “it has been an impossible task to not include so many more, as they are all so inspiring and have such bright futures ahead of them.”

1. Sarah Fortais, CSM, MA Fine Art, 2013
“Sarah Fortais has a fascinating background. Originally from Ontario, Canada, she studied for two years to become a plastic surgeon. However, in 2010 she changed her mind and in 2011 began her MA in Fine Art at Central Saint Martins. She is now  working on her PhD studies.

“Sarah’s work features performance, installation, taxidermy, prints and design. She likes to take objects apart, as she believes that insides of things are beautiful. She also doesn’t think it’s fair for people to come to the gallery and just watch her have fun, so she tries to give people the experience that she would most enjoy, meaning that a lot of her work interacts with the viewer in some way.” 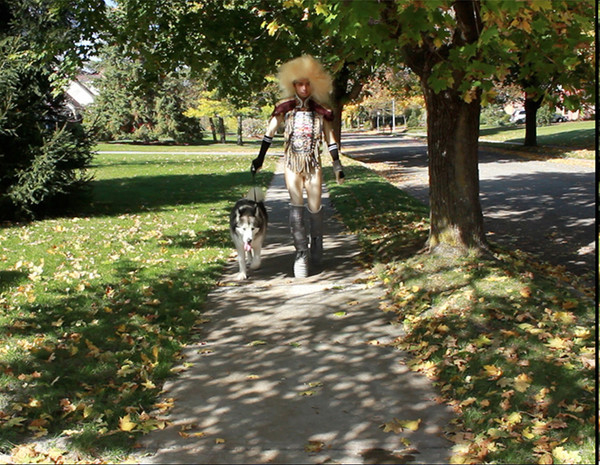 2. Egle Jauncems, Chelsea, MA Textile Design
“Born in Lithuania and having studied music, it was while studying in Taipei that Egle started secretly attending drawing and embroidery classes with Buddhist monks. She also started her extended journeys to China, where she spent a month learning ancient textile crafts and techniques. These great experiences, and confidence, encouraged her to move back to Europe and devote her life to art. Egle’s tapestries have a richness to them that create a unique encounter between the artwork and the individual.” 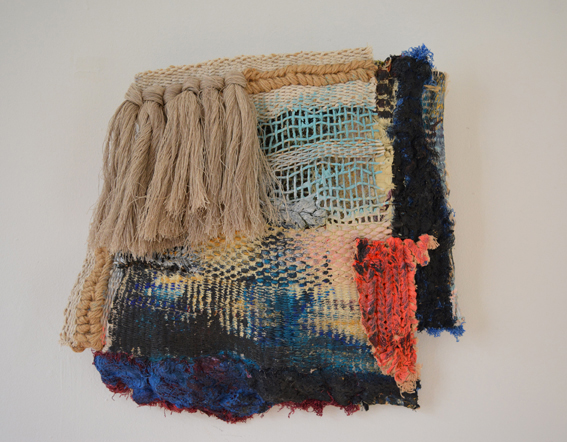 3. Conall McAteer, CSM, BA (Hons) Fine Art 2012
“Conall is an exciting artist whose practice is formally diverse. Predominantly engaging with the role of the artist in a post-internet age, Conall’s work introduces the audience to a new take on familiar and less well considered aspects of everyday experience and culture. His scarves, the original-fakes, and wall of QR codes are perfect examples of this.” 4. Annalaura Masciavè, LCC, MA Publishing 2013
“Annalaura had not considered her photos to be of value until approached by MiAL. When she submitted to the panel, her work was selected with little discussion needed and her work, titled Riccardo, has been one of the most popular artworks we sell. Annalaura’s photograph is a portrait from Life will tear us apart, her photography project about the people she has known in the last two years between Rome and London. Riccardo is an 11 year old boy from Rome seeing the snow for the first time in 2011, when the picture was taken.” 5. Katy Binks, Camberwell, MA Printmaking 2013
“During her time at UAL, Katy’s work has developed to include more colours and vibrancy. In her own words, her work has become “bigger, brighter, bolder”. She has also begun to develop her work into installation, and has branched out to collaborate with other artists and creatives.

“In the future Katy intends to work on larger installation pieces to take into a gallery context, and also to branch out and work in cultural, commercial and more unexpected settings. She would especially like to work on projects that take part outdoors and in urban environments.” 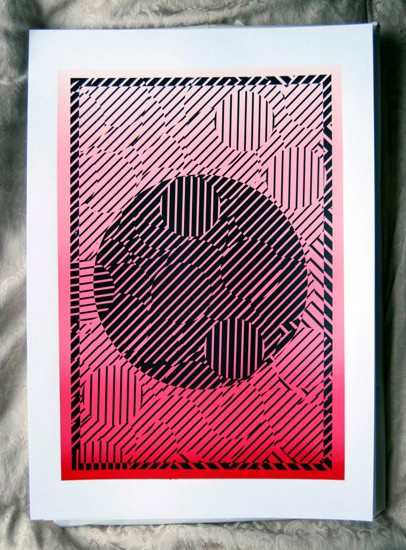 6. Frederik Andersson, Camberwell, BA (Hons) Illustration
“We are very lucky to have Fredrik, he had initially planned to study illustration in Sweden, but luckily for us he came on holiday to London and just loved the place. Finding the city to be full of inspiration and places he’d never seen before, he actually stumbled upon Camberwell College of Arts when out walking with a friend. He asked around and only heard good things about it and so here he is today. Fredrik loves working with his hands, and finds screen-printing has a slick feel that is able to recreate his line work in perfect detail and allows him to create small differences in every piece that makes them special in their own way. Something you lose when using a digital printer.” 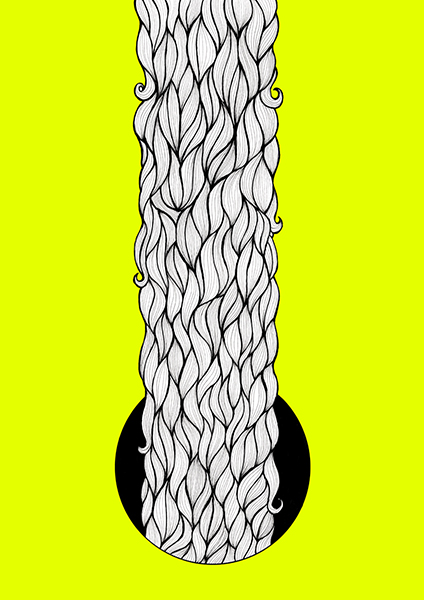 7. Laura Aldous, LCC, BA (Hons) Surface Design 2014
“Much of Laura’s inspiration comes from the world around her, in particular what she sees while sat on buses in south London. “I am inspired by the repetition in everyday surroundings, windows in buildings, geometry in architecture, and the way light interacts with these surfaces.” Although primarily creating pieces to be worn on the body, Laura cites the architecture she experiences everyday as a major influence behind these designs, particularly tower blocks by Modernist architects such as Ernö Goldfinger, which she can see from the windows in the print room where she works.” 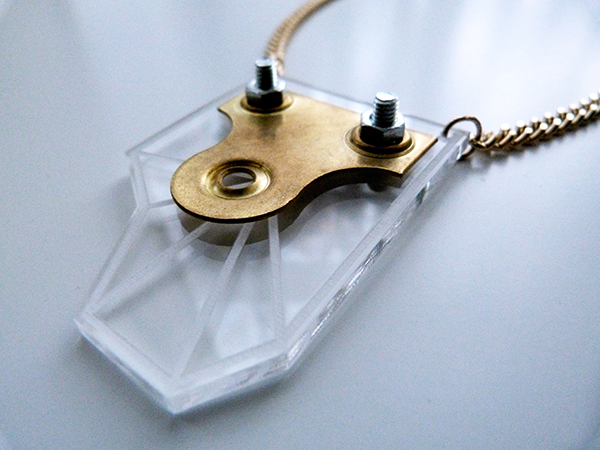 8. Esther Ellard, CSM, BA (Hons) Graphic Design 2013
“Esther’s striking tape pieces caused MiAL to collaborate with her for the October exhibition, Process in Exile, where she created an in-house installation, as well as designs for the poster and press release. Esther’s designs and artworks are original and inspiring.” “Monica completed her first degree at CSM to gain a deeper understanding of her practice from a fine arts perspective. She then completed an MA in Documentary Photography at LCC to apply her passion in producing work around social issues, giving her photography a multidisciplinary approach. Monica is inspired by the work of choreographer Pina Bausch and musician Philip Glass; these practitioners influence the narrative and structure behind her photography. Her series Your Photographs Could Be Used By Drug Dealers tests the charged image of Mexico offered by the media and popular culture. As a Mexican herself, she is well aware of the richness and complexity of Mexican culture and contemporary life, and this project offers a small glimpse of this.” 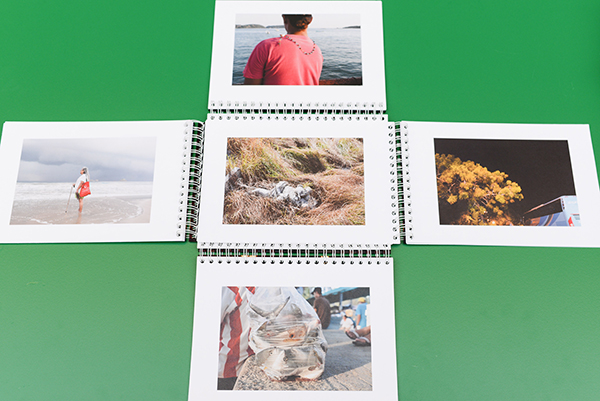 10. Mette Sterre, CSM, MA Performance Design and Practice 2014
“Mette Sterre is a visual artist who focuses on sculptural, costume-based performances and lens-based media. Her work deals with the grotesque: the world of topsy-turvy, the uncanny and the paradox. Inspired by the repetitive patterns in nature, sociology and cultural history in the field of horror movies, she’s currently focusing on the grotesque body. Mette will exhibit and perform in MiAL’s upcoming exhibition Fake Nature in Dalston’s Point Zero Gallery later this month.” 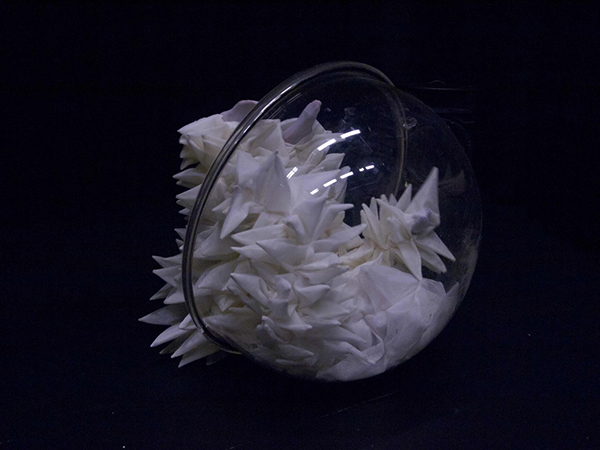 See all these works and more available to buy online at madeinartslondon.com