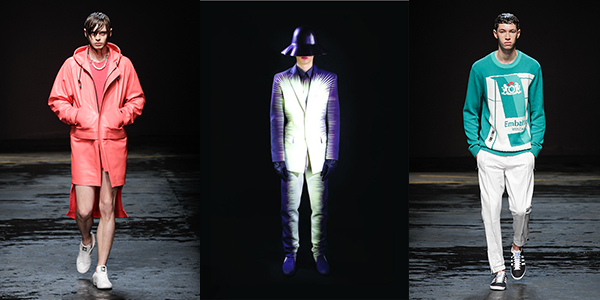 Back for a fourth round, London Collections:Men brought next season’s most directional menswear looks to London for an intense three days of catwalks and presentations. Largely as a result of the London Collections, menswear is increasingly rivaling womenswear for fashion press attention and this January’s shows brought strong outings from a very diverse set of labels. 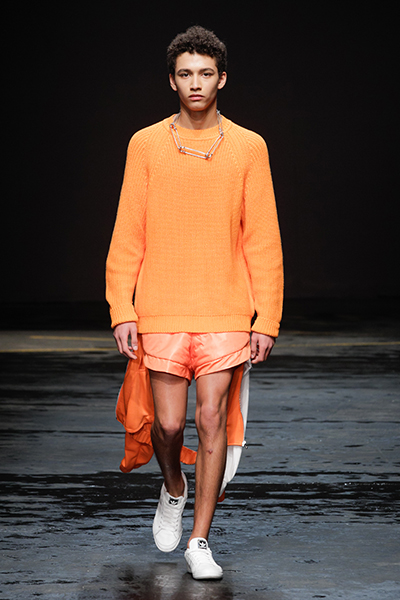 London College of Fashion graduates were out in force at LC:M, including Marc Hare, alumnus of Fashion Business and recent panel speaker at the college, and alumna Ada Zanditon, BA (Hons) Fashion Design Technology: Womenswear 2007. Roxanne Farahmand, whose 3D printed metalwork and handmade leather pieces were first seen on LCF’s 2013 Runway, is part of Fashion East’s A/W 14 installation, marking her out as one to watch for the next generation of menswear talent. MA Fashion Design Technology Menswear alumnus 2012, Joseph Turvey, who is about to release a collection with River Island, presented his AW13 collection in an installation showcasing his unique take on luxe streetwear.

On Tuesday, rising star J.W. Anderson, BA (Hons) Fashion Design Technology Menswear 2005 alumnus, was one of the event’s highlights. Kay Kwok, MA Fashion Design and Technology: Menswear 2012 grad also showed on Tuesday, as did and Sebastiaan Pieter Groenen , who graduated from BA Hons Bespoke Tailoring in 2012 and won the “Collection of the Year” award presented at the catwalk show.  For LC:M, Sebastiaan presented his own collection at Southard Reid gallery. 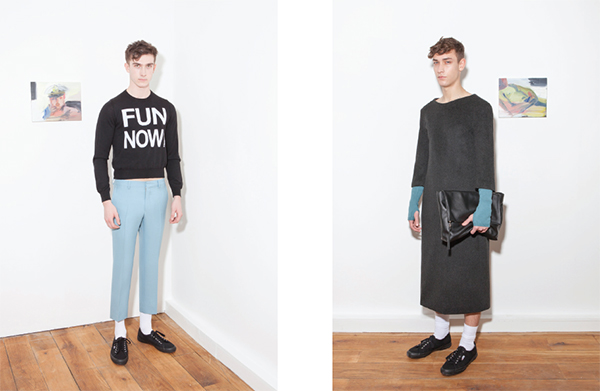 An A/W13 men’s footwear collection from Diego Vanassibara, alumnus of BA (Hons) Cordwainers Footwear: Product Design and Innovation, was on display at the Designer Showroom at NEWGEN MEN throughout the week.

The Museum of London’s current display, Anatomy of a Suit, reveals that many of the most important global menswear trends seen on this month’s catwalks, such as the three-piece suit, have their origins in London. See the display until 1 June at the Museum.