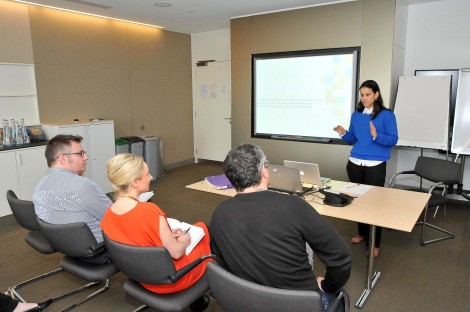 The collaboration took place at IPC’s magazine and digital media HQ at the Blue Fin Building, giving students a real-life context in which to receive feedback and insights about their research around a changing industry. Students, mostly in their BA final year, presented their themes, questions and methods about magazine-related topics or media ideas. 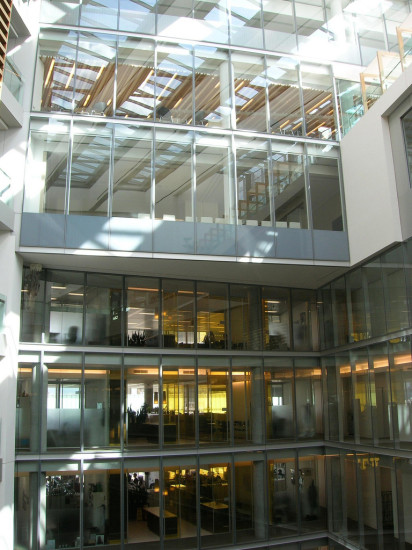 “Obviously it’s helpful to students to have expert speakers come and talk about the field, but it’s also helpful for us to meet people who might be coming and working for us in the next four years,” said Jane Boswell, Director of Corporate Responsibility at IPC.

Organising the event with Jane, LCC Senior Lecturer Simon Das commented: “It was surprisingly easy to set up with IPC,” pointing out the Time Warner-owned company’s “helpfulness”, despite, as Simon explained, “the increasingly busy schedule that magazine media people, such as editors, face.” 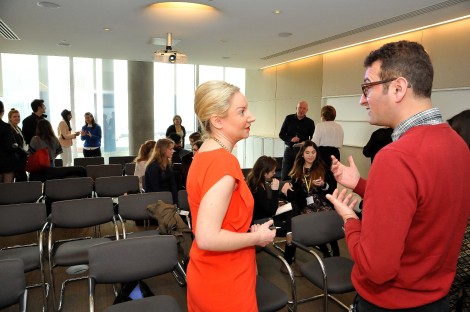 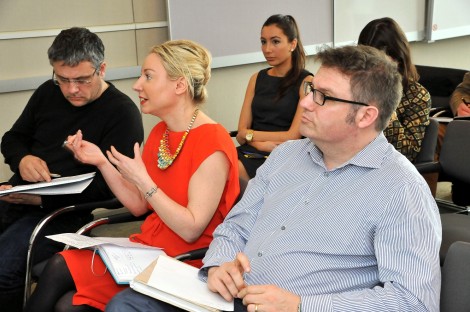 “It was nice to have someone from the industry to tell you what they’re thinking,” said student Daniela Perez, there to present her project interests around long-format journalism. “It’s interesting to get thoughts on whether the problem you see happening is really a problem.”

Another student, MA Publishing candidate Cristiana Rodrigues, received strong commendation from the panel for her presentation on ‘evergreen content’. Her idea for “storytelling in many hands” caught the attention of panellist Sally Eyden, who commented: “This is what IPC is looking at and experimenting with right now.” 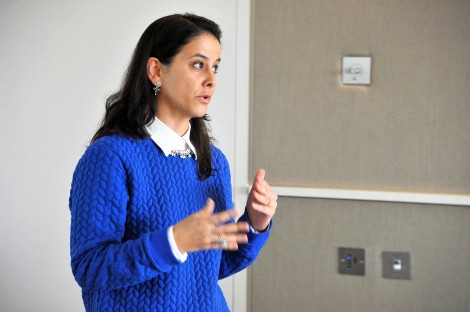 The initiative was well received by BA (Hons) Magazine Publishing Course Leader Lorraine Mallon, who commented on how much “authority and knowledge” students showed. “They have passion about what they’re actually learning and the industry that they want to go into.”

While the event was the first of its kind between LCC and IPC, its organiser Simon Das hoped it wouldn’t be the last. “It’s an idea we can develop to mix things up a little bit. IPC are just down the road from LCC. A lot of their senior staff trained here at what was then LCP. So, in one way, it’s re-establishing a historical link. In another, it’s about brand new knowledge and perspective-sharing between an industry giant and a group of creative, young and international people.” 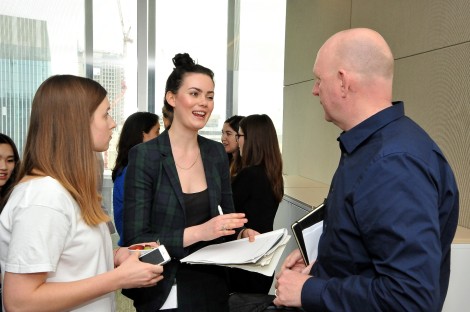 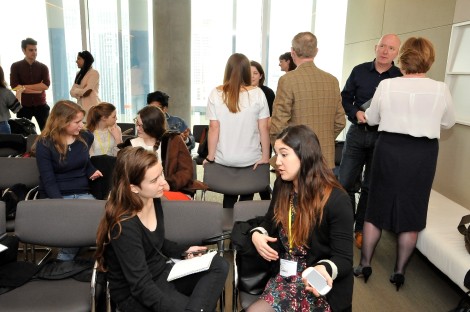