Students from London College of Communication (LCC) are tackling the most important environmental questions facing their generation during the College’s annual Green Week from 10-14 February.

They’re  inviting conscientious creatives and organisations to be part of a series of events exploring this year’s theme of Survival, with exhibitions, workshops and talks covering topics such as new ways of making, mega-cities, communicating sustainability, adopting alternative values; and reverting and learning from nature.

Monday kicked things off with a day all about STUFF! And we’ll be sharing some of the best stuff from social media throughout the week.

Monday’s #LCCGreenWeek theme is STUFF! In the future, what stuff will we need and how will we make stuff? pic.twitter.com/9GOJGDEwlm

Product designers, thinkers, tinkerers and former Designers-in-Residence at the Design Museum Thomas Thwaites and Harry Trimble (aka Studio PSK), started us off with a FUTURE PHARMACY workshop exploring the lifestyle changes that a future world of scarcity might trigger.

Will the coming post-peak society be better, or worse for our health? How will we stay fit and happy? And what prescriptions will we need to get through the days? 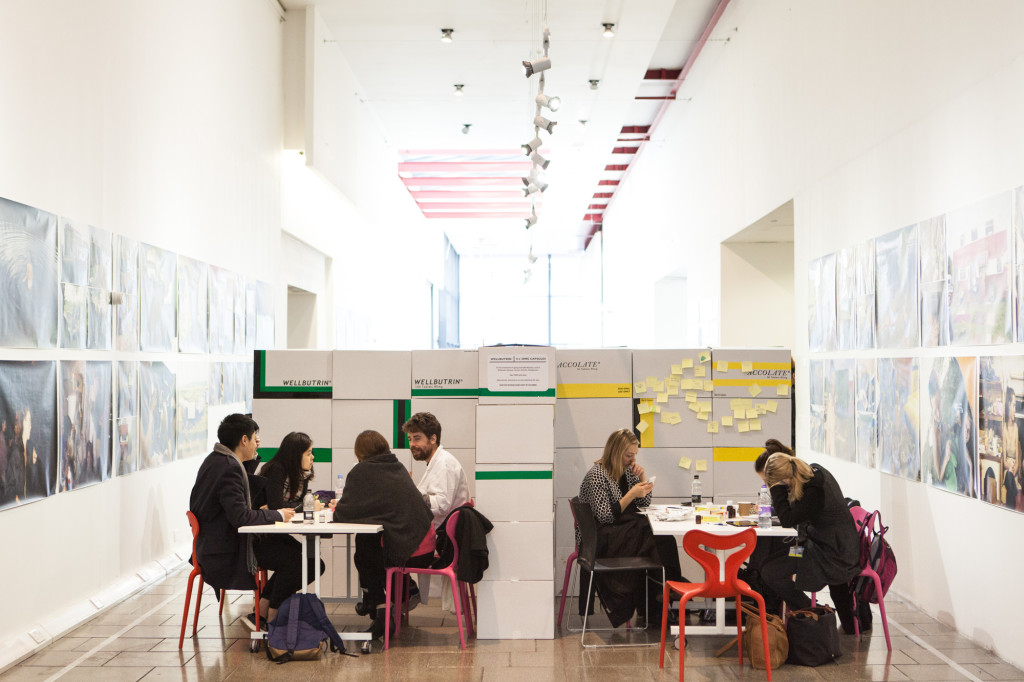 Next up, industrial designer Ian Hunter of substrate specialists Materials Council launched a hands-on workshop making objects by combining bio-polymers with found materials. By creating bio-composite items, students were encouraged to engage with the substrate and the world of production. 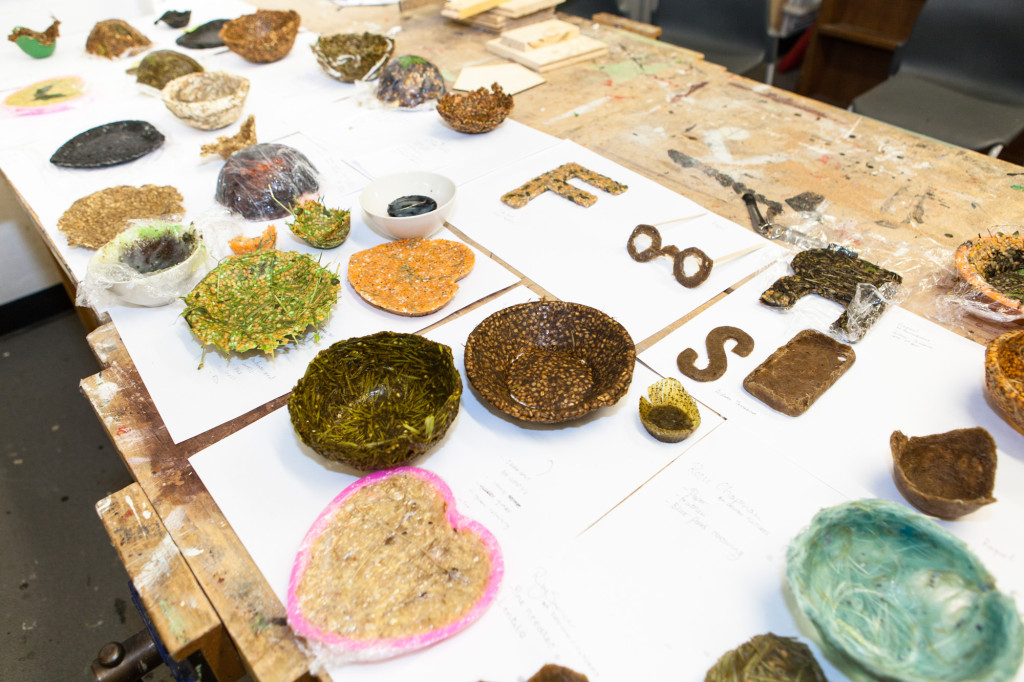 A selection of bio-compostite creations / Photography by Lewis Bush

The afternoon kicked off with the Creativity Works for the White Pencil lecture by creative association D&AD and industry experts. The talk explored the power of creativity to effect positive change, demonstrating creativity that has ‘purpose beyond profit’ and giving advice and inspiration on how to apply sustainable thinking to creative practice.

RT if you’re coming to #LCCGreenWeek today to discover the power of #creativity for positive change and uncover #NewBloodAwards insights.

The lecture took the audience through several case studies including the Rivers of Light campaign by Jose Miguel Sokoloff, Chairman of Lowe Worldwide Creative Council. 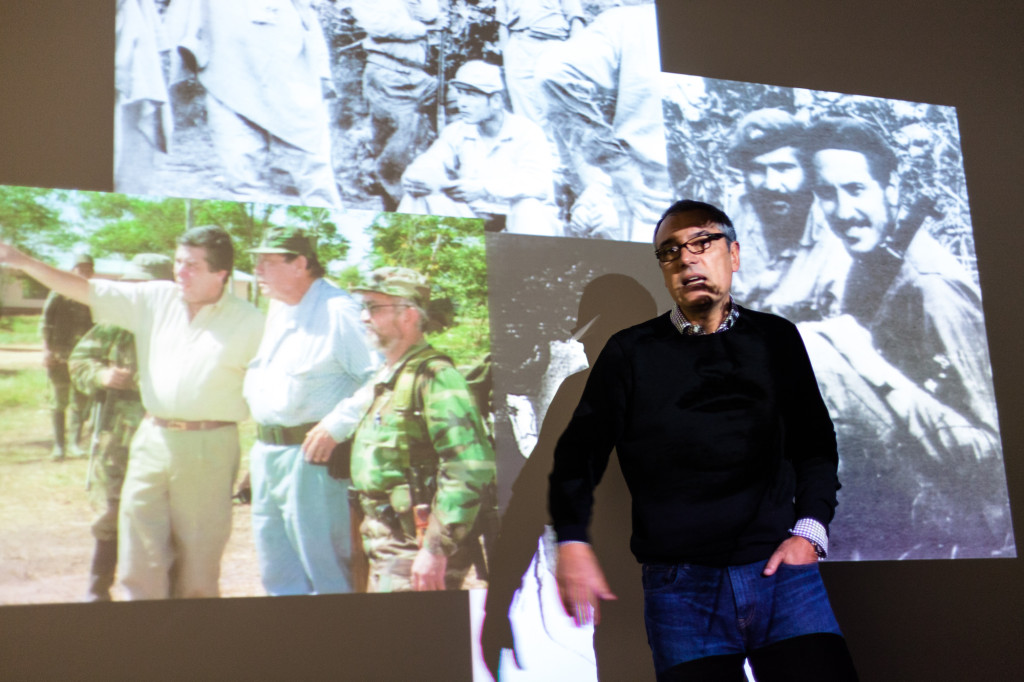 The lecture was followed up by D&AD New Blood Awards workshops exploring key themes and ideas to help develop strong responses to briefs from WPP and Unilever.

Monday also saw the launch of the MA Photojournalism and Documentary Photography alumni exhibition Survive, bringing together work by LCC graduates who are actively engaged with environmental issues.