Staff and alumni of UAL are celebrating 2014 by adding a few extra letters to their names after being recognised for their services to creativity and education in the New Year’s Honours list.

Central Saint Martins’ legendary textile and print tutor Natalie Gibson is recognised with an MBE for services to fashion and textile design. An inspiration to generations of students including Sarah Burton and John Galliano, Natalie is renowned for her uniquely eclectic style – and was even rumoured to have a secret door to her favourite restaurant from CSM’s old Soho building. 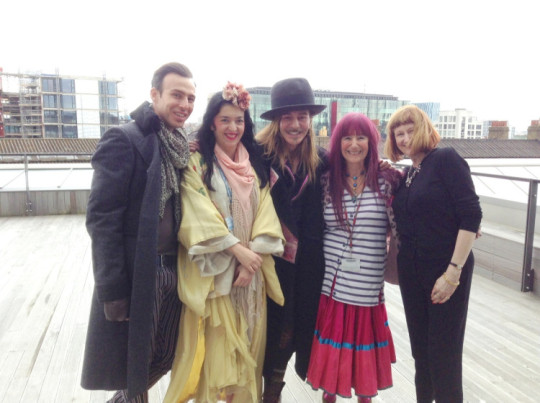 “In our current world of hyperbole where the epithet ‘iconic’ is cast around liberally, Natalie Gibson shines out as a dazzlingly original and wholly charismatic designer and educator who has been influencing students since she started teaching at St Martins during the 1960s.

“Natalie founded the Fashion Print Course at Central Saint Martins in 1981 and has nurtured hundreds of students from all corners of the globe; print/fashion designers who now work in every notable fashion house across the world as well as creative directors from Sarah Burton to Craig Green.”

Also honoured with an OBE for services to higher education is Elizabeth Rouse, a former Deputy Vice-Chancellor of UAL and Head of London College of Communication. Before taking her well-deserved retirement at the end of 2012, Elizabeth spent 35 years at UAL, as a teacher and then Dean at London College of Fashion, and Chair of the International Foundation for Fashion Technology. She became Deputy Rector (later Deputy Vice-Chancellor) in 2005 and acted as Head of LCC from March to December 2012.

High achieving graduates are also flying the flag for creativity in the honours list. Artist and sculptor Antony Gormley, who studied at CSM, receives a knighthood for services to the arts for his works that include The Angel of the North. 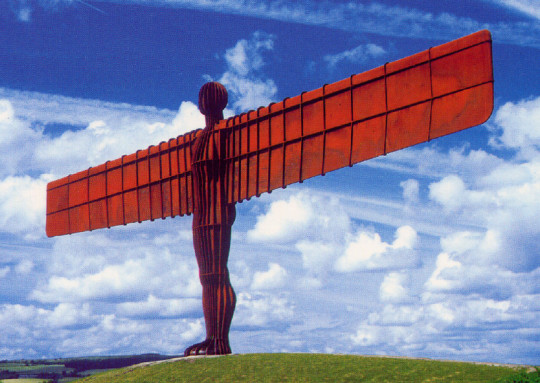 Antony Gormley’s Angel of the North