Tomorrow sees the launch of Golden Meaning, the latest book from publishers GraphicDesign&. For the book, 55 creatives were asked to interpret the mathematical concept of the golden ratio.

GraphicDesign& was set up by Rebecca Wright and Lucienne Roberts. As well as co-directing the company, Wright is Programme Director of Graphic Communication Design at Central Saint Martins.

Speaking to Creative Review, Roberts and Wright said: “As with all GraphicDesign& projects, our ambition was to show how the knowledge and practice of graphic designers, typographers and image-makers is uniquely capable of shedding light on ideas.” 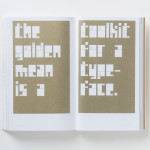 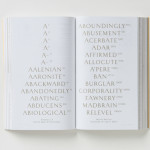 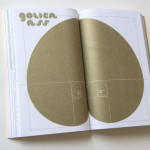 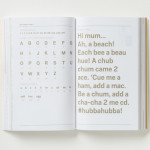 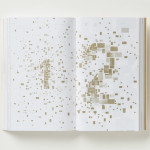 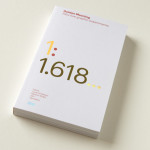 The golden ratio is 1:1.618, and is also know as the golden mean or divine proportion. Believed to be the secret of beauty, it has been used for centuries by everyone from architects to plastic surgeons.

For Golden Meaning, contributors drew on a wealth of examples to illustrate how the ratio can be applied. The book features well-proportioned haircuts and typefaces. It captures the moment when a child is exactly the right ratio of their parent’s height.

The launch event, which has already sold out, will take place in the Design Museum. Speakers include The Guardian’s maths expert Alex Bellos, and designers George Hardie, Sennep, The Luxury of Protest, Europa, Face 37, Bibliotheque and Deskcamping.