The exhibition comprises sculptural works that explore the potency of objects and the threshold between real and imaginary. ‘Intervention’ by Tom Woolner creates a comically bold entrance to the space and various new works have been created by the exhibiting artists specifically for the exhibition. William Waterhouse’s mechanical sculpture Bubble endeavors to create an everlasting bubble – a thin arm gently rotates over a metal tube to produce a single bubble that after a certain duration deflates but is soon replaced by a new bubble. 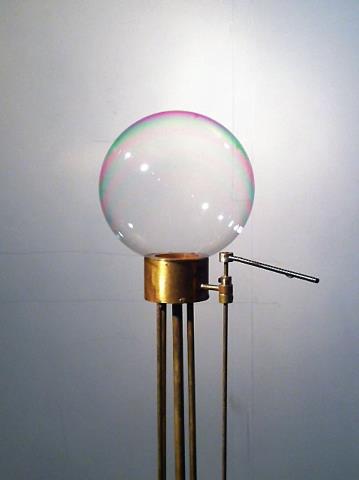 ‘…modest and even abject objects are hieroglyphs in whose dark prism social relations lay congealed and in fragments…In this perspective, a thing is never just an object, but a fossil in which a constellation of forces are petrified. Things are never just inert objects, passive items or lifeless shucks, but consist of tensions, forces, hidden powers, all being constantly exchanged.’ Hito Steyerl, from ‘The Language of Things’, 2006.

The exhibition will be accompanied by a publication with specially commissioned text by Peter Suchin.