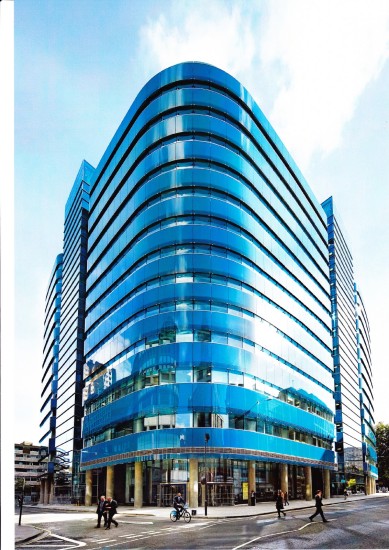 As part of Clyde & Co’s ongoing long term project to support graduating students from three London Art Colleges, they have for the third year made available a stunning site with enormous creative potential at their new offices situated in St Botolph’s, Aldgate.

This takes the form of a 2.75m (h) x 18.5 (w) flat, white wall (finish plaster and paint on plasterboard) on the 13th floor which forms one side of a main thoroughfare corridor leading from the Knowledge Centre to the Auditorium and Restaurant. The corridor has an interesting enhanced perspective by way of reducing/increasing width and has the added advantage of being opposite a floor to ceiling glass wall overlooking the adjacent atrium space. This means that the work can be viewed by passing traffic in the corridor and, also, at a distance, from three floors on the other side of the atrium.

The project is open to final year graduating students from Central St Martins, Chelsea and Wimbledon Colleges of Arts, for competitive selection by way of submitted proposals and visualisations, and can be applied for by either individuals or groups of artists.

The form of the work can be various, from drawing through painting to low relief (maximum depth 60mm), and can be made/constructed with any appropriate materials that can be applied to the described surface that would not represent a health and safety hazard. Please note that all students must take into account that their proposals must not allow for fabrication on site. They can only allow for assembly/installation on site in a modular format. The commissioned artwork would remain in situ for a minimum of one year.

The total commissioning prize will be £2,000 (whether it be to one student or subdivided for a collaborative project). A materials budget not exceeding £1,000 + VAT will also be made available. This budget may also need to account for the protection of existing floor surfaces and surrounding areas during installation.

The winning submission will need to be commenced no later than 1st July 2014 and be completed by 2nd August 2014.

The initial assessment of the proposals will occur during the week commencing 7th April 2014 and
Student’s may be contacted if it is felt further clarification of their respective submissions is required.

Thereafter, the Clyde & Co Art Committee will be circulated with all the proposals and will meet for the formal selection process on Monday 20th or Tuesday 21st April 2014.