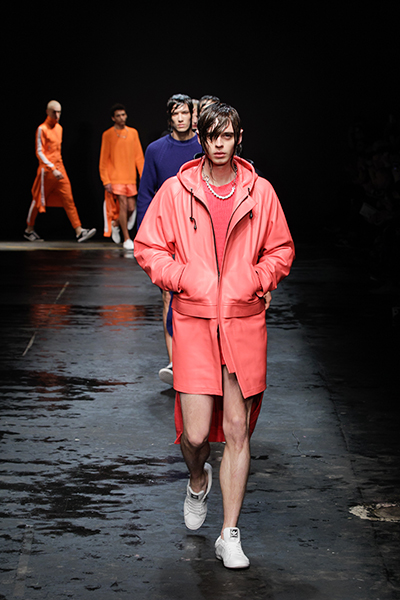 Last season saw great praise for the Liverpudlian designer and his summer ’14 collection, which referenced rave culture and featured eye-popping colours and Liberty print tailoring. This week the CSM MA Fashion Menswear graduate returned to LC:Men, and the Topshop Showspace, with an explosion of seventies-inspired leisurewear. 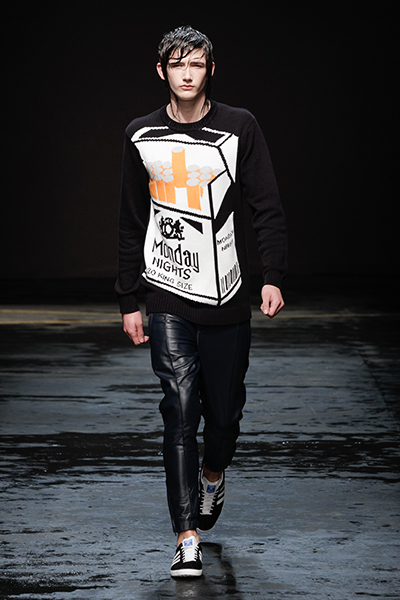 The designer’s show notes reveal that: “central to the collection is the birth of the tracksuit as casual wear in the 1970s, when many people sewed their own from shop-bought patterns”. Shannon brought a wholly contemporary spin to the garments through the use of innovative fabric, colour and cut. The designer showcased fitted tracksuits and daring gym shorts in seventies shades of tangerine and magenta. Outfits were accessorised with football boot bags, playing on notions of nostalgia in everyday items. Thatcherism, post-punk culture and the melancholy of this era were emphasized in the giant cigarette-pack emblazoned jumpers that featured first up on the catwalk. Kitsch prints inspired by retro wallpaper were used on oversized puffa jackets and two-piece tracksuits. Shannon had just completed a BA in his native Liverpool when he was offered one of a handful of scholarships to study MA Menswear at CSM, under the revered Louise Wilson. The designer told The Independent last month: “If Louise Wilson offers you a scholarship then you accept it.”. The young designer’s graduation collection was a huge success and saw him collaborate with big name sponsors including Eastpak, Calvin Klein and Levi’s. 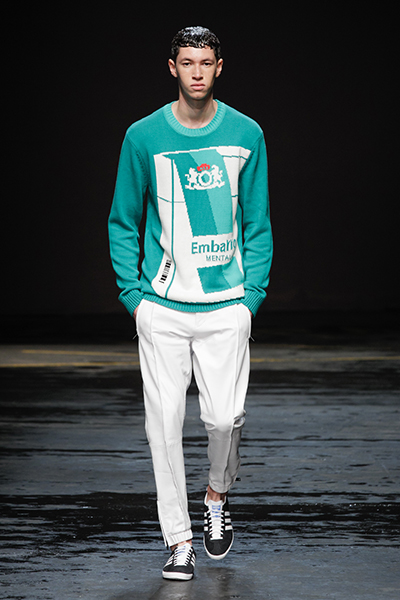 On graduating in 2008, Shannon had expected to go into a job within a design house, but instead was quickly called on to design for the Topman-sponsored MAN line-up. He was then awarded NewGen sponsorship and in a famously competitive industry continues to be one of the most talked about designers to date. Making the transition from Liverpool to London, and embarking on several years of hard work, has paid off. Shannon has cultivated a globally recognized brand through a bold aesthetic that strikes its own distinctive cord, while fully acknowledging contemporary British menswear. 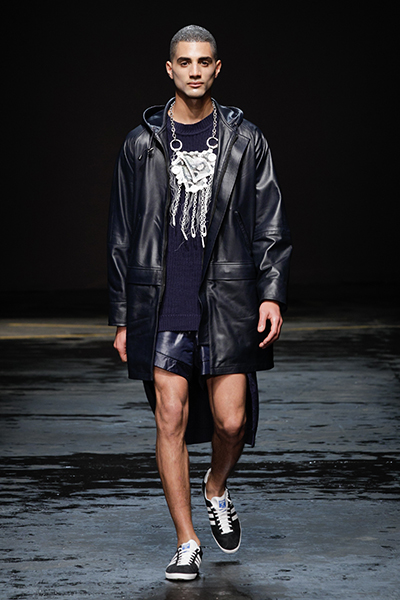 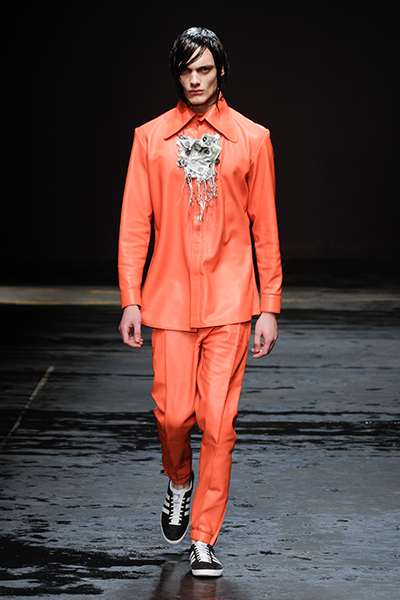 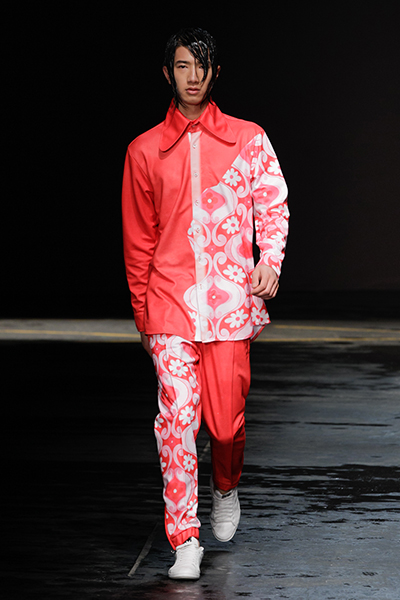