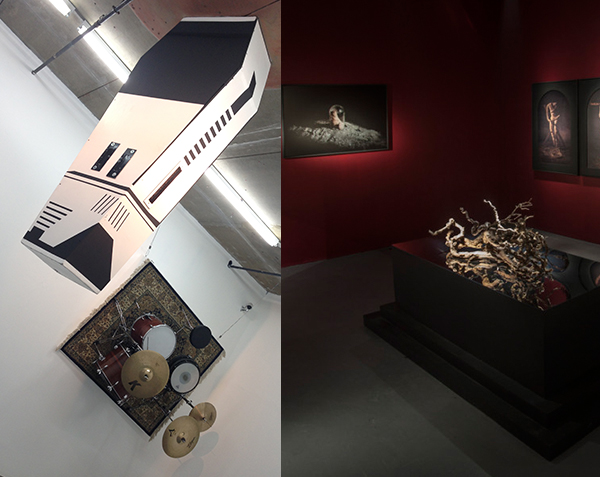 The Catlin Art Prize is fast becoming the unofficial guide to the UK’s most promising new artists. This year the six shortlisted names include two UAL alumni; Lara Morrell graduated from CSM’s MA Photography in 2013 and exhibits a series of photographs and accompanying sculpture titled Christ Stopped at Novoli, while Sarah Fortais, a graduate of MA Fine Art at CSM, shows an installation titled 1 2 3 (Unfinished). All the chosen works are on display at Londonewcastle Project Space in Shoreditch, with the winner announced on 14 May. 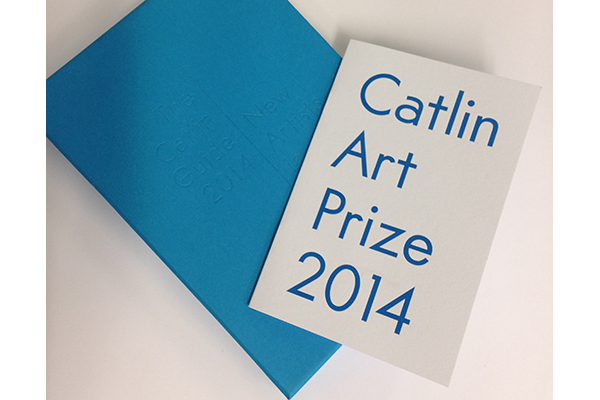 Exhibition curator, and author of the Catlin Guide, Justin Hammond comments: “Much of Lara’s work has a sociopolitical slant, but she’s presented something very personal here: a document of her time living in a remote Italian village, heavily influenced by paganism and untouched by modernity. With Sarah, I encouraged her to experiment with as many disparate elements as possible. 123 (Unfinished) will remain an on-project project until a live event, when five drummers perform a musical score designed to simulate a rocket launch.” 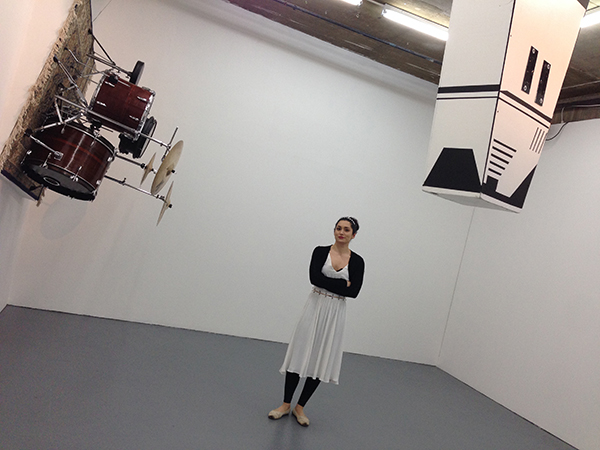 Speaking as the exhibition of shortlisted works opens, Sarah Fortais explains: “I was not expecting to make it into the guide or shortlist. After learning about the criteria for selection, I became very excited, especially since Lara had also been included. I felt that the kinds of questions that Justin Hammond asked me about my work (to subsequently be published in the guide) were thoughtful and dug deeply into my motivations as well as the methodology behind my sculptures. For this reason I feel like it is an accurate representation of myself and of the work I produced at UAL.” Describing her piece,  1 2 3 (Unfinished), from the show, the artist says: “My installation begins with a coffin-shaped rocket strapped to the ceiling and a drum kit on the wall. Beyond that, inside a small soundproof room, an ‘engine start’ button triggers a 10 minute film involving five acoustic drum kits simulating the sound of a rocket launch. The project grew out of viewing recordings of rocket launches and then devising a performance to simulate the sound by filming a quintuple exposure film of one drummer playing all five parts. I designed the performance in this way so that it could only be fully realised through its documentation (and subsequent assembling). The installation of the rocket and kit outside the soundproof room then became activated by the reverberations from the audio/video piece, thus creating a new experience of the room by combining it with the already created documentation. An A5 book documents each part of the process and is located in a wall niche in the main room. The project will also culminate with a live performance on 17 May.”

Sarah shares an interesting perspective on the importance of the element of documentation in the work: “I am interested in documentation becoming a creative event in its own right, and subsequently I am presenting a project that increases in size through its duration while still retaining the original inspiration at its core. My method of building things is bricolage, and so I have extended this idea as far as I could, by using the projects I build as material within an overall larger presentation of objects.” The title of Lara Morelli’s Christ Stopped at Novoli is a play on the title of Carlo Levi’s Christ Stopped at Eboli. The work is the culmination of a two-year project, heavily influenced by Catholic customs and religious festivals experienced by the artist while living in the remote village of Novoli, southern Italy. A series of photographs depict headless figures built from hay, string and found objects gathered from the land. They represent Christ’s apostles, each bound by emblems of martydom. On an altar in the centre of the room, a womb-like woven basket nutures symbols of the cyclical rhythm of nature: a single sapling springs from a mound of ash. 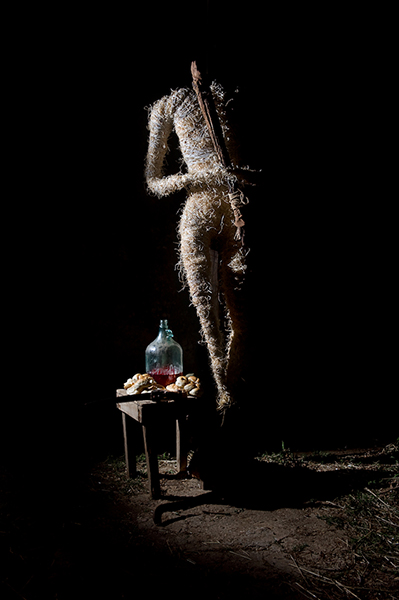 The artist reveals: “Being shortlisted for this year’s Catlin Art Prize has been hugely energising and an immense source of gratification in that year of oblivion after graduation. Justin has been incredibly encouraging and exhibiting alongside a group of such diverse and talented artists has been nothing but a stimulating honour. For the Catlin Prize I wanted to create an all-encompassing mental and sensory space, representative of a small chapel composed of a synthesis of my work made in a remote village in Southern Italy up until today, a place where “the seasons pass today over the toil of the peasants just as they did three thousand years before Christ”. I explore the cyclical rhythms of nature, eternal transformation and reincarnation, inspired by an energy which never dies, only changes form.”

UPDATE 14/05/2104: Lara Morrell has been announced as the Visitor’s Prize, as voted for by exhibition viewers.