Sculptor Lana Locke has been winning fans and awards for her striking, human body-focused work since graduating from Chelsea College of Arts in 2012 with an MA in Fine Art. She is currently part of Bloomberg New Contempories 2013 at the ICA (showing to 26 January), and was part of the Royal Academy of Arts 2012 Summer Exhibition.

But despite this early success, Lana has headed back to UAL to continue her study with a practice-based PhD at the Camberwell, Chelsea and Wimbledon Graduate School. She explains why she thinks academic study is making her a better artist.

Find out more about postgraduate study at UAL and how to apply for a research degree. 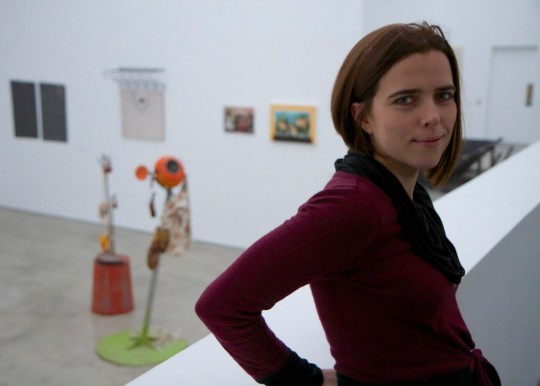 Can you tell us what your PhD is focused on?

It is a practice-based PhD and focusing on the agonistic struggle between art objects and the space in which they are installed, as an avenue for exploring the tensions that exist between the artist, artistic activism and the art institute.

You were already a successful sculptor before joining the CCW Graduate School – what interested you in pursuing a doctorate?

I was asked that question when applying to do the PhD, actually. When I said that I wanted to do it to be a better artist this was basically laughed at as a joke – but I don’t know why else you would want to study any course of art unless you thought it would make you a better artist in some way – at least that is the hope. We might become “researchers” by doing the course, but being an artist has to come first. One of my key motivations is to try to do something different with my work, to enter new territory and potentially to make more ambitious, confrontational work.

Have you found that your research has an effect on your practice?

If I weren’t doing the PhD I would probably be spending more time making discrete art objects in the studio, whereas my focus now is more on installation. The subject requires me to think about objects in relation to space – and as I want the practice to lead the PhD, the best way to do that is through making work in that context.

The main project for my first term was an installation amongst the bike racks on Atterbury Street between Chelsea College and Tate Britain, and my big project for the Spring term is putting together an event called Passport to Pimlico, that I have been lucky enough to receive funding for from the CCW Research Department, and will be inviting collaboration from other UAL students and staff. 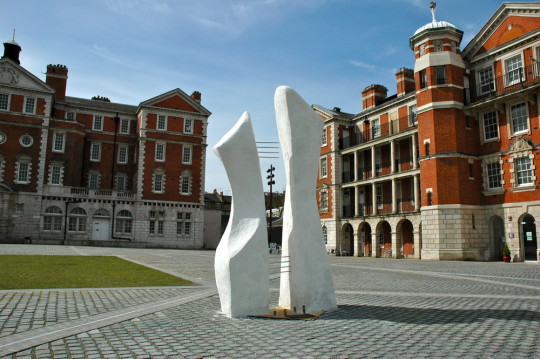 What does a typical day as a doctoral student look like?

I haven’t had any typical days so far! The first term was basically trying to spend as much time as possible in the studio and at college, whilst also juggling other commitments such as part-time work, art commissions and external exhibitions.

Bloomberg New Contemporaries (open at the ICA until 26 January) has been a particular commitment in the past term, the more so because I was asked to be on the panel for a Friday Salon event at the ICA on Practice Based PhDs. I had to give a 10 minute presentation which was pretty nerve racking as the other Panel members were really high up in their institutions and it turned out to be a full house for the event. It was very enjoyable though, and will be useful experience for next year when all the 2nd year PhD students have to give presentations on their projects.

What are you enjoying most about your research?

The conversations with my supervisors, Dave Beech and David Cross, and with my fellow first year students, have been really inspiring. In terms of my supervisors, it’s a massive privilege to have their time, attention and input into my project and the supervisory discussions become creative acts in themselves as they help me to work out what it is that I am trying to say with my practice and research, and through their knowledge opening up to new trains of thought and different ways of looking at the themes.

With the other students our work is so different but we keep finding points of crossover and we’re all in the same situation of facing the various hurdles and milestones ahead of us in the PhD and it’s a very thoughtful and supportive group. We had such a great collaborative series of discussions ahead of reaching our final format for our 1st year exhibition – to be held in the Triangle Space at Chelsea College in the first week of March. There were disagreements and different approaches but it didn’t feel like compromise in the end, more like finding a whole new solution that will be good for everyone. 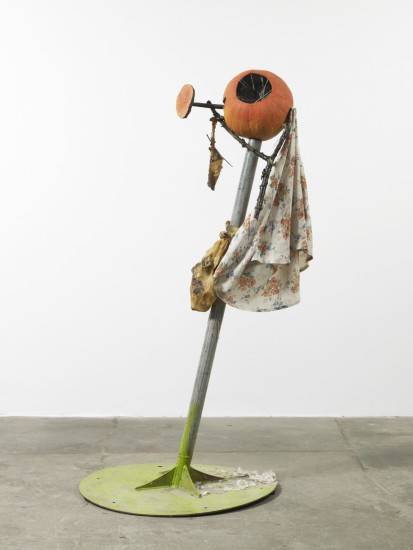 Pumpkin by Lana, currently showing in Bloomberg New Contemporaries at the ICA

What do you find most challenging?

Finding dedicated time to study, and overcoming the twin beasts of distraction and procrastination! Usual story as a student I guess. With all of the commitments of the last term I constantly seemed to be rushing around and only snatching studio and research time in between other demands. I actually found that my best time for getting serious writing done was over Christmas (with thanks to my boyfriend and my family for being understanding)!

You previously studied for an MA at Chelsea – how does studying for a PhD compare?

It gives me a different perspective. The bursary I received for my PhD fees from Chelsea Arts Club Trust was specifically to enable me as a former Chelsea MA student to come back and study my research degree here and I love being back but it’s almost like being halfway between being a student and being a member of staff. My studio is off-site so unless I’m using the workshops at Chelsea I’m more likely to be there for meetings or using the Research Hub than for making work.

We were a very large and sociable group on my MA, whereas the independent study of the PhD offers quieter and smaller working relationships. On the MA there were lots of different influences at once – a range of brilliant tutors, but tutors who as a student you only saw a couple of times before seeing a different one. I only have two supervisors on the PhD but I get a lot of time from them, and they will hopefully see me all the way through the PhD.

Do you think you’ll continue to be involved in the academic side of art after you complete your PhD?

Yes, I hope so! CCW are providing teaching training for us so that we can tutor students on other courses, and I may even be doing some tutoring as early as this term, which I’m really looking forward to. When I think about the tutors I have met at Chelsea, from my Postgraduate Diploma to my MA, to my supervisors on my PhD, the academic side of their practices seems really supportive to the rest of their work – I think that would be a great position to be in.

Lana Locke is exhibiting in Bloomberg New Contemporaries at the ICA, London until 26 January 2014.

Find out more about postgraduate study at UAL and how to apply for a research degree.